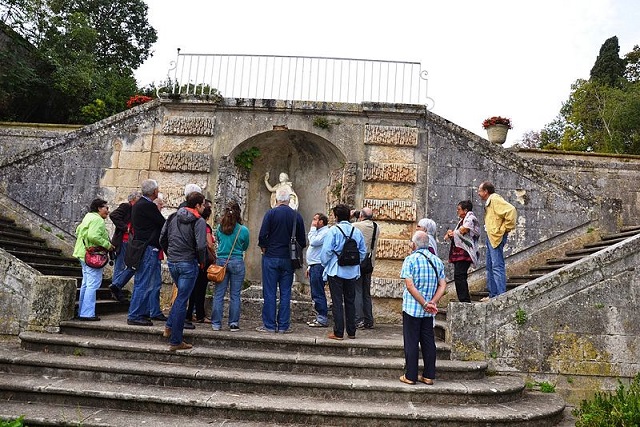 Location: Jacou, in the Aude departement of France (Languedoc-Roussillon Region).
Built: 1618.
Condition: --.
Ownership / Access: Pierre of Bocaud.
Notes: The first trace of the Bocaud family in the village of Jacou1 dates back to 1477 when the magistrate Raulin Bocaud settles there. The first of his name, he became "lord of Jacou, Teyran, Clapiers and other places". In 1618, his descendant Pierre de Bocaud - it will be observed that he has won a particle - builds the castle whose structure we see today. At that time, the village is composed of about forty inhabitants. A magistrate like his grandfather, president of the court of the Aides, Pierre de Bocaud is a Protestant. He abjured in 1624 and converted to Catholicism, two years after the siege of Montpellier and the submission of the city to the royal troops. His loyalty to the Crown seems to have no doubt, since Cardinal Richelieu came to visit him twice (1636 and 1642) in his private mansion in Montpellier, rue Salle-l'Évêque. The installations made by Pierre de Bocaud are always visible in the western part of the castle, where a row of rooms presents a set of woodwork of the seventeenth century. The edifice was, however, profoundly altered in the eighteenth century.