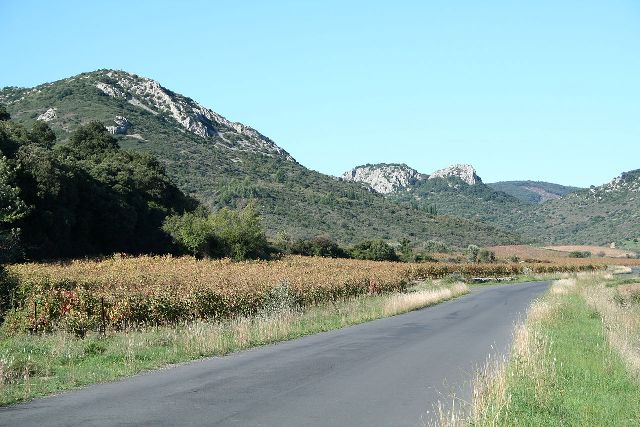 Location: Cabrières, in the Herault departement of France (Languedoc-Roussillon Region).
Built: 11th century.
Condition: Disappeared.
Ownership / Access: Gabriel Josette.
Notes: Château de Cabrières is a feudal fortress of Visigoth origin. This fortified complex has now virtually disappeared.Quoted from the sixth century by Gregory of Tours, the site overlooks the town of Cabrières in the department of Herault.Gregory of Tours in his History of the Franks speaks Cabrières Castle: "Thibert, continuing his road to the town of Beziers, took the castle of Dion xxxiii (Diou), and took the spoils. He then sent to another castle, named Cabrières, messengers responsible to say of him that, if we did not comply, he would burn the castle and take them captive inhabitants. It was in this place a matron named deuterated (Deuthéria), whose husband had come to live with Béziers. She sent messengers to the king of said unto him, No, O most pious lord! can not resist you, we acknowledge you for our master; come, and that it be as it will seem pleasant. Thibert came to the castle, and was received peacefully, and seeing that people are subjected to, he did no harm. Deuterated met him, and seeing the beautiful, enamored of love for her, he took her into his bed " "Deuterated seeing his now adult daughter, and fearing that it might excite the desires of the king, and he took it to him, put it in a wagon drawn by oxen untamed, who threw off a bridge , so that she died in a river (probably the Meuse). It happened near the town of Verdun. There were already seven years Thibert was engaged to Wisigarde, and because of deuterated he had not wanted to marry her; but the Franks unanimously blamed him for what he had abandoned his wife. So irritated this action, he left deuterated he had a child son named Thibaut, and married Wisigarde. He did not long preserved, she died, and he married another, but never regained deuterated "- Gregory of Tours, translation of François Guizot The old village was then built at the foot of the castle. During the Hundred Years War, road installed in the castle, plundered and ransomed the valleys of the Hérault and Lergue (region Lodeve) through which passed the road to the Rouergue. Communities in the Hérault Valley bought the departure of the road at the cost of substantial compensation.