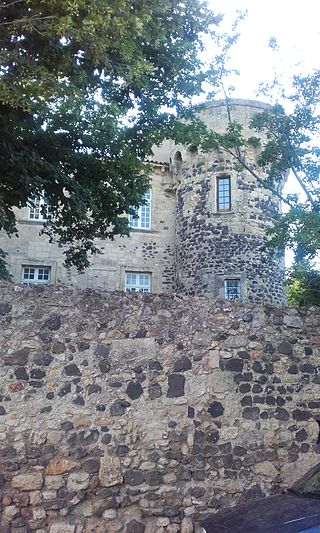 Location: Cazouls-d'Hérault, in the Aude departement of France (Languedoc-Roussillon Region).
Built: 15th-17th century.
Condition: --.
Ownership / Access: Private property.
Notes: The castle of Cazouls-d'Hérault is a former commandery of the order of the Temple, modified in the fifteenth century, then in the seventeenth and eighteenth centuries.Registered as a historical monument, this building is located in the commune of Cazouls-d'Hérault, department of Hérault.The foundation of the commandery of Cazouls-d'Hérault dates back to the very beginning of the 13th century. In 1203, Guillaume de Rocozels, Bishop of Béziers donated to the Templar commander of Pézenas the church of Saint-Pierre de Cazouls as well as that of Saint-Véran d'Usclas with all their rights and dependencies. The parish then depends on the commandery of Pézenas and it is only after 1225 that one finds mention of a commander of Cazouls. Towards the end of the thirteenth century, the house of the Temple of Cazouls had become a bailiwick whose existence is attested, among other things, by the trial of the order and the interrogation of its commander, which took place at Poitiers.After the devolution of the goods of the Order of the Temple, the houses and parishes of Cazouls and Usclas are dependent on the commanderie hospitable Pézenas.