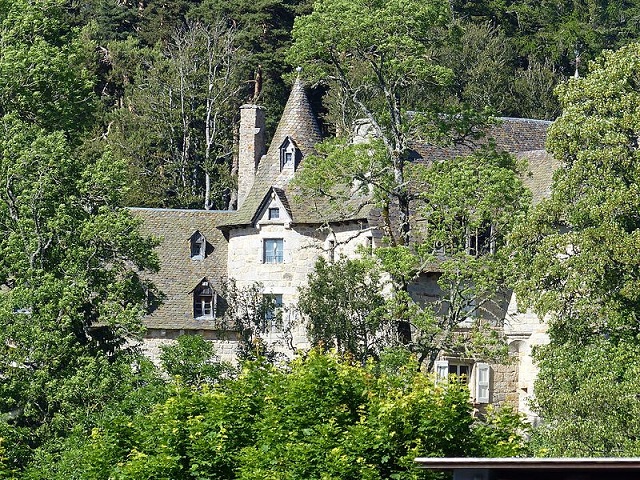 Location: Fournels, in the Aude departement of France (Languedoc-Roussillon Region).
Built: 1573.
Condition: --.
Ownership / Access: --.
Notes: The castle of Fournels is a castle located in Fournels, France.Dominating three valleys, the Château de Fournels occupied a strategic position; It was a real stronghold, defended by its towers and the thickness of its walls pierced with loopholes; This old house has retained all its authenticity. Inside, one could admire period furniture, splendid tapestries and paintings of amazing freshness. Today, the interior is empty and abandoned; Nothing is visible from its past splendor.The castle was rebuilt in 1573 by Jean, bastard of Apchier, lord of Hauteville, son of François Martin, baron d'Apchier (1509-1575), and Antoinette de Fabresse. The latter was married on 15 November 1570 with Jeanne, a bastard of Lastic, daughter of Louis de Lastic, grand-prior of Auvergne of the order of Saint John of Jerusalem. It was legitimized in 1571 with the title of squire and the right to carry the arms of Apchier. Jean d'Apchier remarried with Anne de Maumont on November 16, 1594, of which he had Marie d'Apchier d'Auteville. She was married, in 1616, to Jacques, bastard of Lastic, author of the branch of the lords of Fournels. The barons of Apchier, the Marquis de Brion, the last inhabitant of the castle, were powerful lords of the Middle Ages. They had taken part in the Crusades, and had since the middle of the eleventh century extended their power over the whole region which now surrounds Saint-Chely-d'Apcher. They had a chain of fortified castles, including the castle of Fournels, including the Apcher tower, the ruins of the castle of La Garde (near Albaret-Sainte-Marie), Arzenc-d'Apcher and Montaleyrac (Near Fournels) constitute the vestiges. All these fortified positions were connected by underground. It is said that at the beginning of the nineteenth century, three children were lost in the subterranean passage from the Château de Fournels to Varennes. To avoid such accidents the entrance to the underground passage was walled up.

How To Get To Château de Fournels (Map):