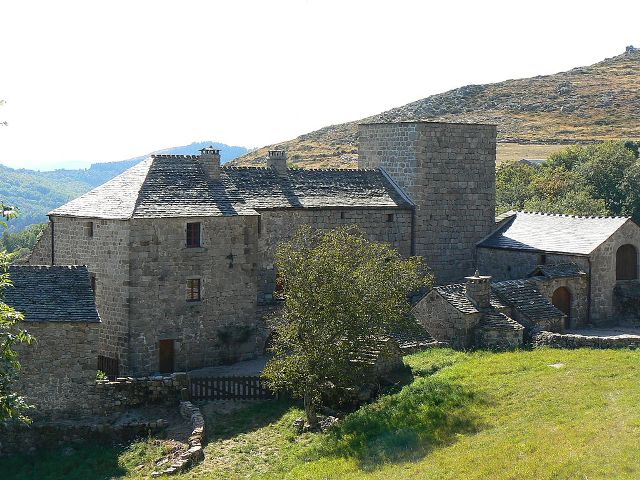 Location: Le Pont-de-Montvert, in the Lozere departement of France (Languedoc-Roussillon Region).
Built: 13th-17th century.
Condition: In good condition.
Ownership / Access: Privately owned.
ISMH Reference Number: PA00103895
Notes: Château de Grizac is located above the eponymous village, in the town of Pont-de-Montvert in Lozère, France. Private property, it hosts a year-round exhibition on Blessed Pope Urban V.Grizac Castle was built in the thirteenth century by William of Grimoard whose knight-peasant status allowed him such construction. A few years later, in 1310, there will be born his son, also named William, the future Pope Urban V On 21 December 1984 the dungeon and the home (the remaining parts of the castle), were classified historic monument, and all the outbuildings and farm buildings has been registered.The castle is currently owned by the Marquis of Laubespin who made the ancient ruins charming that we can admire today.