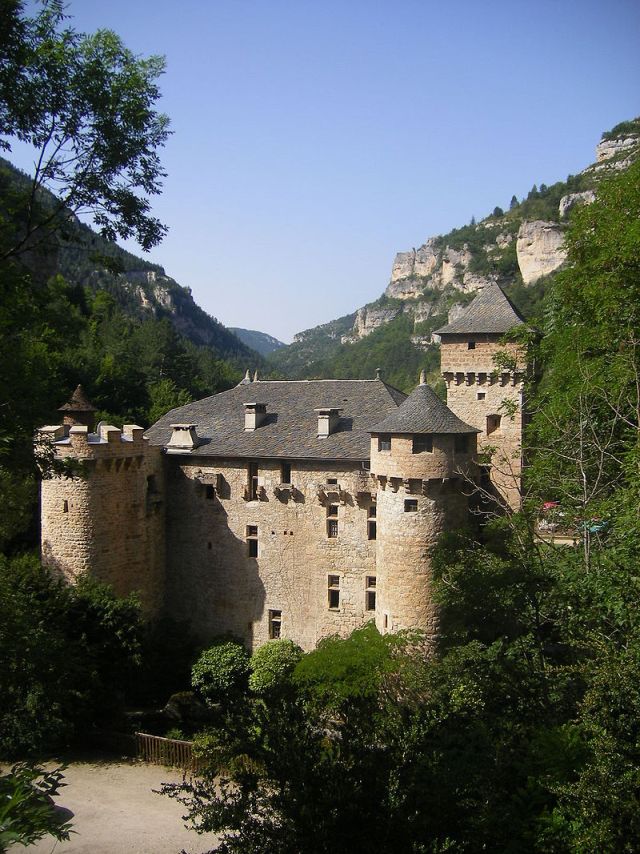 Location: Laval-du-Tarn, in the Lozere departement of France (Languedoc-Roussillon Region).
Built: 15th century.
Condition: In good condition.
Ownership / Access: Privately owned.
ISMH Reference Number: PA00103837
Notes: Château de La Caze of the castle is a Renaissance castle located in the gorges of the Tarn, Lozère, and now used as a hotel.At the French Revolution it was used as prison.During the twentieth century, the upper door of the Castle of Saint-Saturnin, located not far away and in a state of ruin, is recovered to that of Caze.Since ? the castle was converted into a luxury hotel (4 stars). In 1988 he is registered as a historical monument.

How To Get To Château de La Caze (Map):