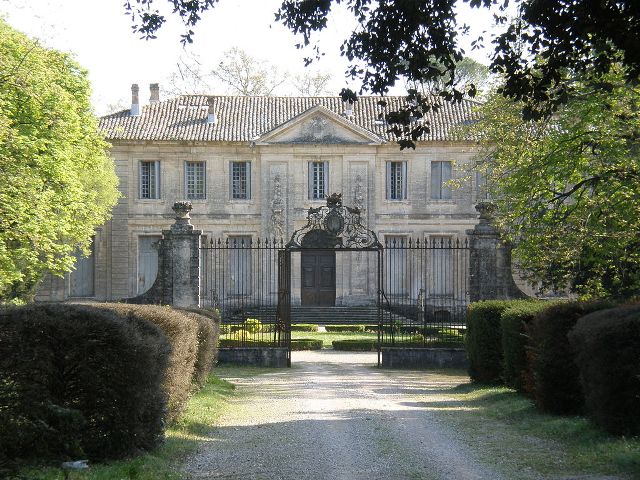 Location: Montpellier, in the Hérault departement of France (Languedoc-Roussillon Region).
Built: 1771.
Condition: In good condition.
Ownership / Access: Privately owned.
ISMH Reference Number: PA00103527
Notes: Château de la Piscine is a Montpellier madness of the second half of the eighteenth century, situated 129 Avenue Lodeve in Montpellier Hérault.At the site of the castle was the old farmhouse of the Peyssine (1435), hunting area belonging to Charles de Boucicot, advisor to the Court of Accounts of Montpellier. The marriage of his daughter, Anne, with Georges Belleval passed the area in their offspring. In the second half of the eighteenth century, Gaspard François Richer Belleval says Jean Antoine Giral, the author of perspective Peyrou in Montpellier, the task of building the castle we know. The building was completed in 1771. Belleval family still owns the castle of Peyssine until 1817. In 1814, Elisa Bacciochi, Grand Duchess of Tuscany and sister of Napoleon I, fleeing his Italian states envahis1, leases during the three weeks. The property then passed into various hands to be acquired in 1883 by collector Alfred Henry Chaber. It was at this time that the name of the building is transformed into a "pool of the castle." The son of Alfred Chaber, Andrew, with every care to restore the gardens to the French in the first half of the twentieth century. It's her granddaughter who now watches over the castle and its gardens.In April 1965, the area was visited by Her Majesty Queen Elizabeth, the Queen Mother during a private trip to France.This property is visited more.

How To Get To Château de la Piscine (Map):