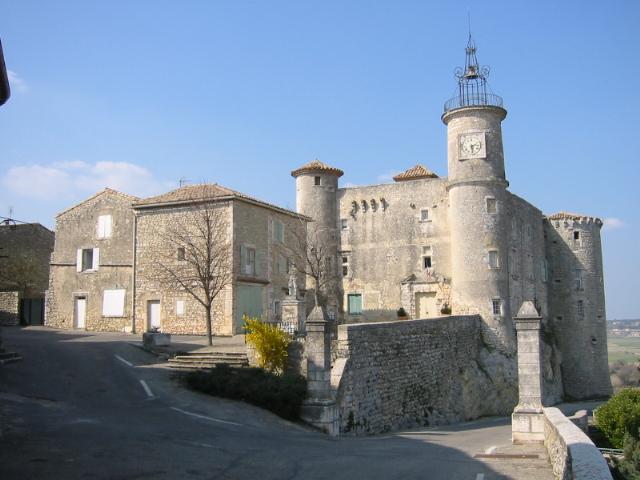 Location: Lussan, in the Aude departement of France (Languedoc-Roussillon Region).
Built: 11th century.
Condition: In good condition.
Ownership / Access: Owned by the municipality.
ISMH Reference Number: PA00103068
Notes: Château de Lussan located at the entrance of the upper town of Lussan was the residence of the lords of Lussan; village in northern French department of Gard.Audiberts residence of the Lords of Lussan, Three Castles show the evolution: The castle of the Orchard which he remains today as traces and around the twelfth century had to be inserted in the device fortifications and ramparts built by the Lords.The castle that we currently have, built in the late fifteenth century, more suited to the conditions of defense and habitation that had nonetheless evolved over two centuries. He was lucky to remain virtually intact, having never been seriously threatened and attacked, even if Lussan during its history has experienced turmoil and alerts. No doubt he had a fairly deterrent to its location, Fort Lussan being in these difficult times of access today. It serves as town hall today. FAN Castle, built at the crossroads of Lussanenque was built shortly after the same model as the fort with four corner towers.