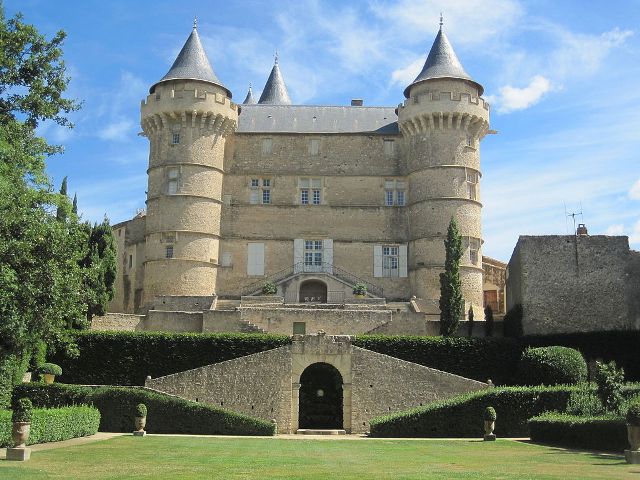 Location: Margon, in the Hérault departement of France (Languedoc-Roussillon Region).
Built: 17th century.
Condition: In good condition.
Ownership / Access: Owned by a private company.
ISMH Reference Number: PA00103499
Notes: Château de Margon is a historic monument of Margon Hérault, France. It was listed in 19371 and has been awarded the "remarkable garden.This ancient barony is attached directly to the Kingdom of France in 1221 and therefore never part of Languedoc who become French 50 years later. It kept this status until the French Revolution. In part against the lord was obliged to pay tribute to the king at each new decision reign. The Lord had a right to justice.Alquier feudal families, L'Isle and Antignac, took over from the Renaissance, Plantavit of Pauze in trading, then from 1719 Monk in finance. This family took the name Le Moine Margon still owns the castle.