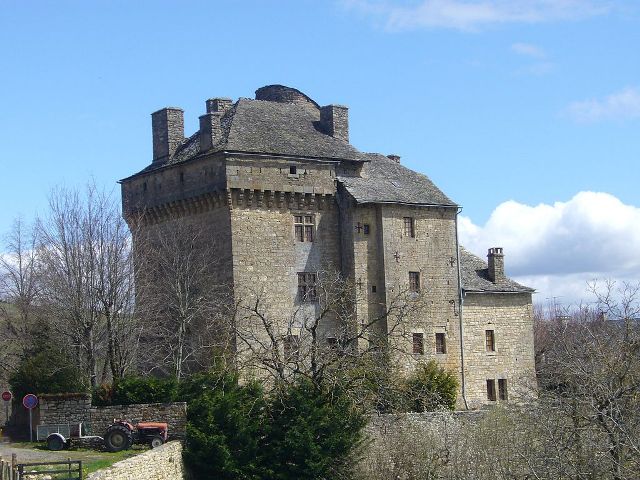 Location: La Canourgue, in the Lozere departement of France (Languedoc-Roussillon Region).
Built: 16th century.
Condition: In good condition.
Ownership / Access: Privately owned.
ISMH Reference Number: PA00103804
Notes: Château de Montjézieu is a castle located in the old French town of Montjézieu, now attached to the La Canourgue Lozère.The castle is mentioned in the twelfth century in a tribute to the King of Aragon, then owner of Gevaudan. In the thirteenth century, it would be the possession of the bishops of Mende. During the act of paréage 1307, there is the as the Judeo Castrum Monte. This tends to assume that Montjézieu be the residence of a Jewish settlement in Gevaudan. However this is where 1307 years Jews were expelled from the Gevaudan by order of the bishop, the castle would have become Episcopal possession at that time. States General of Languedoc ordered its demolition between 1653 and 1656. We are shortly after the religious wars of the sixteenth century between Catholics and Protestants, and this castle should not be able to serve as a refuge. However, for unknown reasons, the order will not be applied, unlike many castles in the region. The castle was bought in 1726 by Jean-Georges Jurquet, Lord of Salelles. He largely restored, and slightly bigger. In 1971 the castle is listed as a historical monument.

How To Get To Château de Montjézieu (Map):