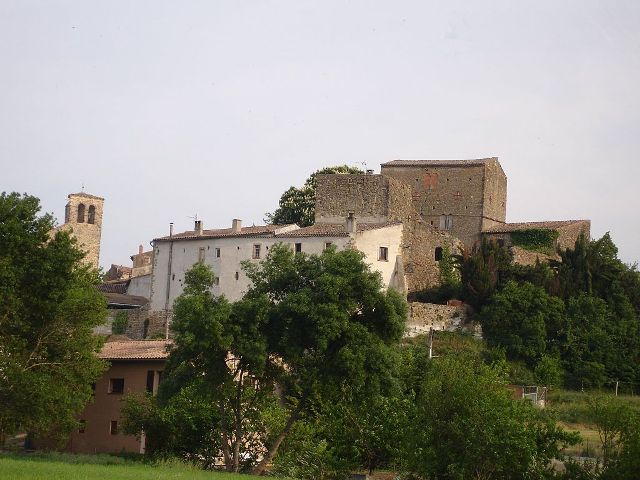 Location: Pieusse, in the Aude departement of France (Languedoc-Roussillon Region).
Built: 11th century.
Condition: Ruins.
Ownership / Access: Privately owned.
ISMH Reference Number: PA00102852
Notes: Château de Pieusse is a Cathar castle located in the commune of Pieusse near Limoux in the Aude department in France. This castle is currently the private domain and can not be visited. It's a "real" Cathar castle in the sense that it was not altered by the royal crown during the annexation of Roussillon in France. It is characterized by a massive period dungeon whose use was essentially defensive. It is sold as national property in 1791.Pieusse Castle was built around 1140 to 1145, during the reign of King Louis VII the young by the Counts of Foix. In 1225, it houses the Cathar council, bringing together a hundred perfect chaired by Guilhabert Castres, Bishop of Toulouse. At a meeting at the castle, they decided to create the bishopric of Razes. Terms Benedict was ordained bishop of the new diocese. In 1229, Roger Bernard, son of the Count of Foix, sold his fief to King Louis IX that brings it to the Narbonne bishopric. From 1764 to 1790 the castle depends Monsignor Dillon, last president of the States General of Languedoc and Narbonne Archbishop.