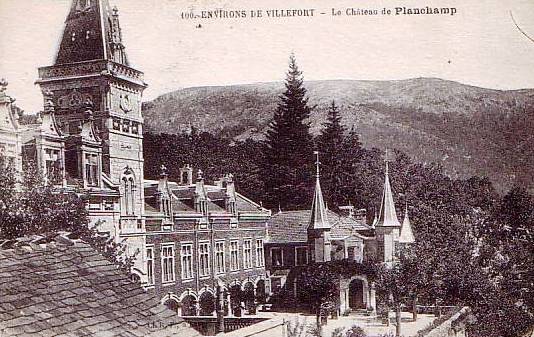 Location: Pied-de-Borne, in the Aude departement of France (Languedoc-Roussillon Region).
Built: 18th century.
Condition: --.
Ownership / Access: Barrot family.
Notes: The castle of Planchamp is a neo-Renaissance chateau of the eighteenth century, located in the village of Planchamp, in the commune of Pied-de-Borne, department of Lozère.The castle was built probably in the eighteenth century by the family Barrot, a family settled in Planchamp since the fourteenth century. Towards the end of the nineteenth century, Frédéric Barrot arranged the castle greatly. It is in this castle that Odilon Barrot was born in July 1791. This politician had the habit of frequently retiring to his castle.