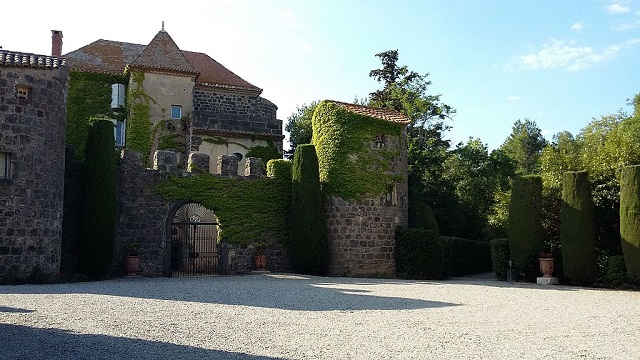 Location: Vias, in the Aude departement of France (Languedoc-Roussillon Region).
Built: 1220.
Condition: --.
Ownership / Access: Famille Vic.
Notes: The castle of Preignes-le-Vieux is a historical monument of Vias in Herault, France. It was registered in 1995. It is a vineyard producing wines from the terraces of Béziers.The estate has been occupied since the Roman period and is mentioned in the year 804 under the name Villa Preixanum. In 1965, the remains of a Roman villa were discovered, with remains of 2,000-year-old amphorae. The domain is exploited as a parish and remains seigneuriale by the bishop of Agde. The fortress was built between 1202 and 1220 by the Viscount Guillaume de Pézenas, next to a chapel at the end of the twelfth century to confront potential assailants such as the Cathars or the Black Prince. The castle was reworked several times, especially in the sixteenth century. The Vic family acquired the castle in 1905, transforming it into a vast vineyard. Since the generations of the family succeed one another at the head of the domain of Preignes-le-Vieux. In the 1950s, the castle was renovated to be inhabited by the family.

How To Get To Château de Preignes-le-Vieux (Map):