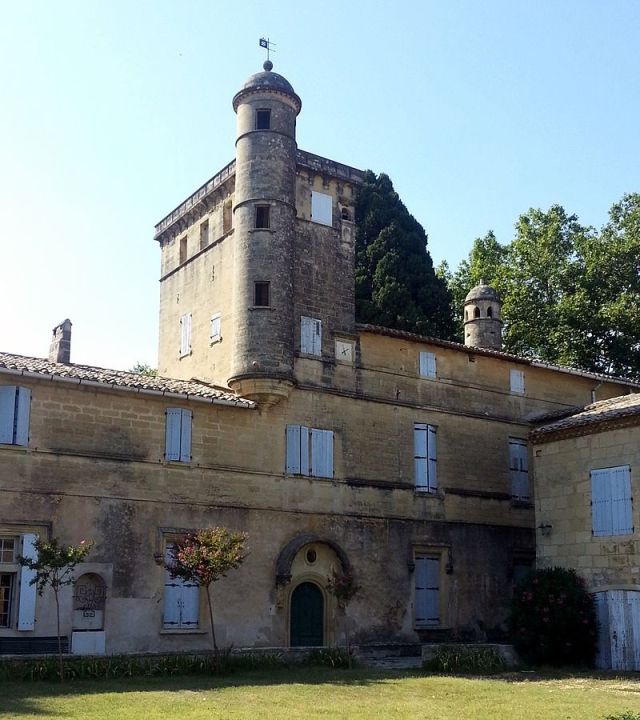 Location: Aimargues, in the Gard departement of France (Languedoc-Roussillon Region).
Built: 16th-17th century.
Condition: In good condition.
Ownership / Access: Privately owned.
ISMH Reference Number: PA00102946
Notes: Château de Teillan is located in Aimargues castle, in the Gard department in the Languedoc-Roussillon region. It is now privately owned. It is surrounded by a landscaped park with the nineteenth century where you can see Roman steles, milestones, a waterwheel, a mikveh and the remains of the seventeenth century. This castle is the subject of a registration as a historic monument since June 8, 1995. It can be visited during the Heritage Days.Since 1991-1992, it is 2 km northeast of the castle, near the farmhouse of Jasse Isnard, an ancient Roman castrum by the name of villa Telianum (or theline) with its church of San Silvestro, having been occupied the first to the sixth century, then the tenth and twelfth centuries. For its part, the castle belonged to the Abbey of Psalmody then entered the possessions of the terminal family. In 1608 it was bought by Philippe terminal block which endows it with a Renaissance door and a dovecote of 1500 nests. Finally, in the eighteenth century, it goes to the family of Adhemar. This is also the castle that Teillan died prefect Pierre Melchior d'Adhemar in 1821.

How To Get To Château de Teillan (Map):