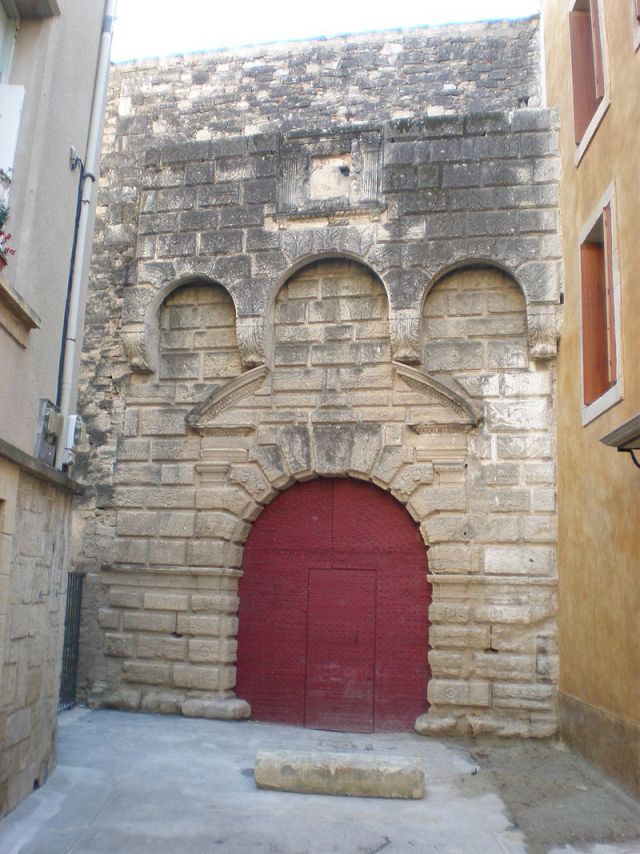 Location: Lavérune, in the Hérault departement of France (Languedoc-Roussillon Region).
Built: 18th century.
Condition: In good condition.
Ownership / Access: Owned by the municipality.
ISMH Reference Number: PA00103473
Notes: Château des évêques de Montpellier of the bishops of Montpellier, said locally Lavérune Castle, was built in the eighteenth century built on the site of a sixteenth century mansion, itself the successor to a feudal castle of the twelfth century. It is located in the village of Lavérune, Hérault department.The facades and roofs of the castle and the living room with plasterwork are the subject of a registration as historical monuments since July 23, 1973. The following orders were not canceled this old order.The castle with its park, both for communal part and the private grove, the subject of a registration as a historic monument since February 23, 1998.The fortified gate of the castle giving to the center of the town and the castle music room with its decoration of plasterwork are the subject of a classification as historical monuments since December 6, 2000.