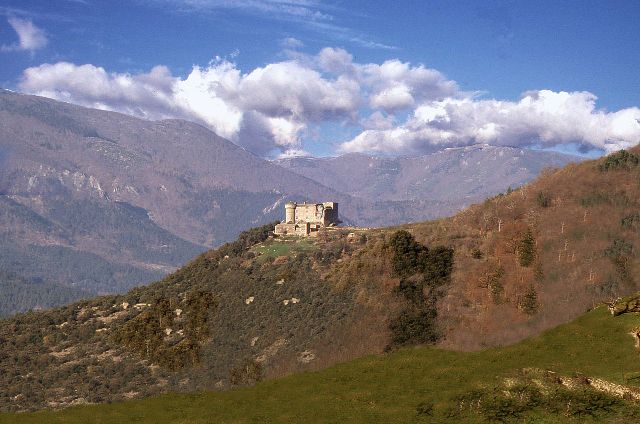 Location: Aujac, in the Gard departement of France (Languedoc-Roussillon Region).
Built: 12th-13th century.
Condition: In good condition.
Ownership / Access: Privately owned.
Notes: Built at the turn of the twelfth to thirteenth century, by the will of the bishop of Uzes and Bernard Anduze, the Cheylard Aujac is mentioned in 1211 bastida nova quae vocatur Caslar. Pariage the sword and stick it controls one of the axes North-South communications in the Middle Ages, the "val Cizarencha". collateral victim of the Albigensian Crusade and the Royal penetration in the south of France, 50 years his destiny changed. Between 1254 and 1308, the History takes away roads and power. In the fourteenth century, it is sold to local lords, the Cubières. On the occasion of the wars of religion, he finds a temporary importance. In 1609 he erected a barony for services to the King of France. Bought in 1794 by his sharecroppers, Rigal, it is inhabited by the same family until today.