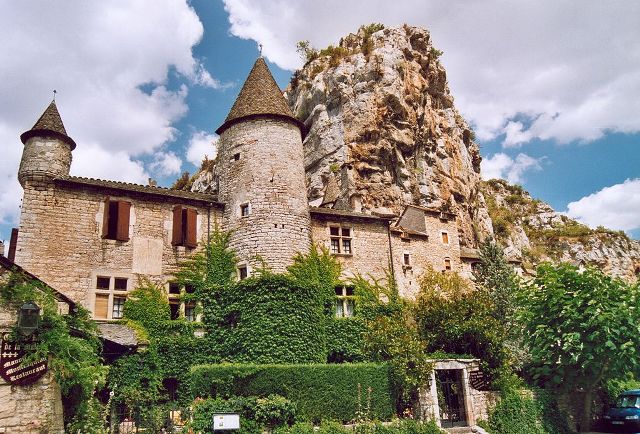 Location: La Malène, in the Lozere departement of France (Languedoc-Roussillon Region).
Built: 15th century.
Condition: In good condition.
Ownership / Access: Private property.
Notes: Manoir de Montesquiou is a castle located in La Malène Lozère. This house of the fifteenth century is now converted into a hotel.Owned by the family of Montesquiou, the castle is doomed to disappear in the seventeenth century. Indeed, September 28, 1652, Louis XIII ordered to raze the fortresses of the kingdom declared as rebels. However, while it comes time to shave that of La Malene, the king authorizes Stone Montesquiou d'Artagnan to keep intact its field in recognition of services rendered to the crown. It has been in the twentieth century, was transformed into a luxury hotel.

How To Get To Manoir de Montesquiou (Map):