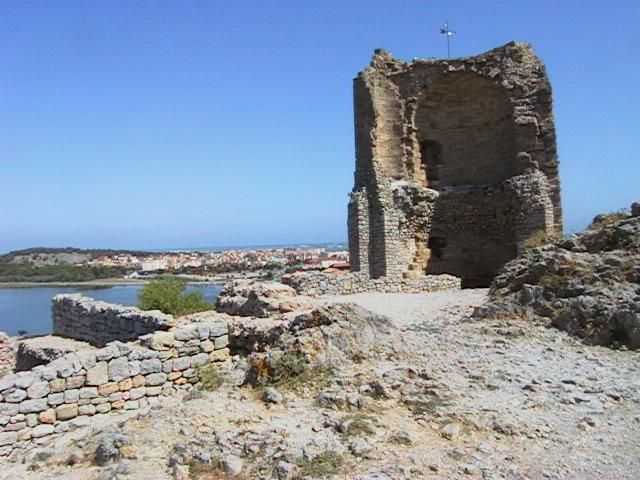 Location: Gruissan, in the Aude departement of France (Languedoc-Roussillon Region).
Built: 13th century.
Condition: Ruins.
Ownership / Access: Owned by the municipality.
ISMH Reference Number: PA00102701
Notes: Tour Barberousse is located in the coastal village of Gruissan in the department of Aude in France. It overlooks the ruins of a castle that is the subject of a registration as a historic monument since April 14, 1948. The tower is all that remains of a castle built in the late tenth century to observe around the port of Narbonne and protect the city against sea invasions. Built on a rocky and steep hill, the castle was enlarged in the twelfth century by the Archbishop of Narbonne, Guillaume de Broa. In the sixteenth century, Richelieu ordered the destruction of the building which was then abandoned. Today the village of Gruissan, built in circular, surrounding the castle ruins at the foot of which is the parish church of Our Lady of the Assumption. The tower site offers a quite spectacular panorama, from where you can admire the village and the coast, the pond, the salt marshes and the port of Gruissan. The tower and the castle ruins are listed as historical monuments by the Ministry of French Culture.

How To Get To Tour Barberousse (Map):