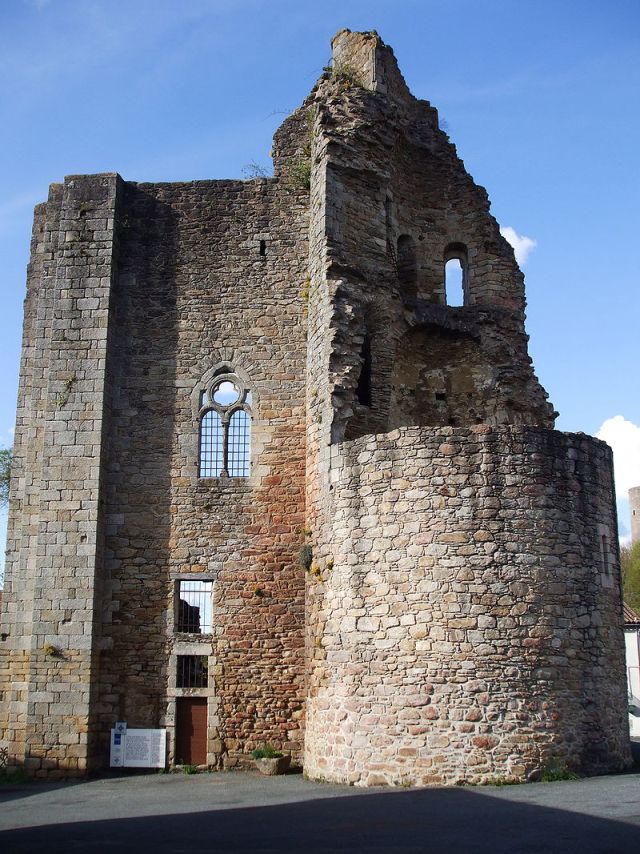 Location: Châlus, in the Haute-Vienne departement of France (Limousin Region).
Built: 1275-1280.
Condition: Ruins.
Ownership / Access: Privately owned.
ISMH Reference Number: PA00100269
Notes: Château de Châlus Maulmont, also called Tower Fort, is located in the town of Chalus, France. Distribution of beer Knight Maulmont, brewed by the brewery Duplessi, allowed in 2005 to finance the restoration of the castle of Chalus-Maulmont. Chalus-Maulmont has been a decision of classification as historical monuments on 25 March 1981. Revenue in the Maulmont family in 1989, the fort of Châlus Maulmont, property of SCI managed to Maulmont by Anne-Laure Réveilhac of Maulmont, now on the road Richard the Lion Heart. A small museum is located nearby. A beautiful Gothic window to see, on a section of wall of the old main building. It was by mistake that up to half of the twentieth century, Châlusiens (see, for example, the literature Georges-Emmanuel Clancier) and multiple postcards reported Tower Châlus Maulmont as the castle which left the floor crossbow that killed Richard the Lion Heart. A restitution project Châlus Maulmont and build a culinary city of Limousin is exposed to the Museum of History and Archaeology Association Pays de Chalus, rue Richard the Lion Heart, neighbor of Châlus Maulmont, with an introductory note. The reconstruction of the castle and the rehabilitation of neighboring buildings depend on the allocation and operation of the site, determining for funding.

How To Get To Château de Châlus Maulmont (Map):