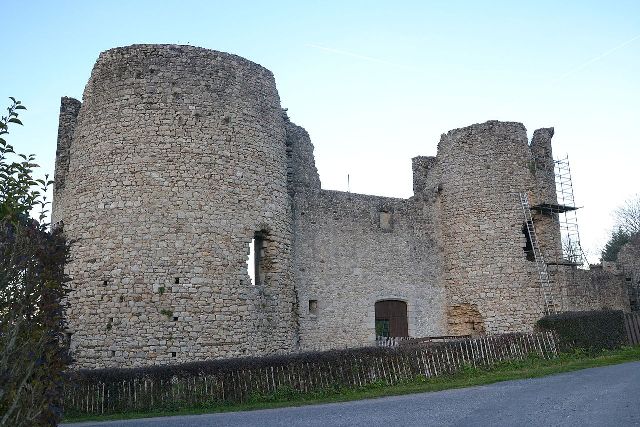 Location: Rilhac-Lastours, in the Haute-Vienne departement of France (Limousin Region).
Built: 12th century.
Condition: Ruins.
Ownership / Access: Privately owned.
ISMH Reference Number: PA00100425
Notes: Château de Lastours is a French castle, located in the country of feuillardiers in the mountains of Chalus on Rilhac-Lastours town in the Haute-Vienne, on the Richard the Lion Heart Road. Built from the twelfth century, the castle, now in ruins, is the former seat of the lords and barons of Lastours. Il keeps several corner towers and the basis of his keep, remodeled in the sixteenth siècle.Depuis decades a voluntary association restores the castle, which is one of the landmarks of history limousine.Des medieval festivals are held regularly during the summer.The castle of Lastours holiday is registered as a historical monument since August 6, 1956.

How To Get To Château de Lastours (Map):