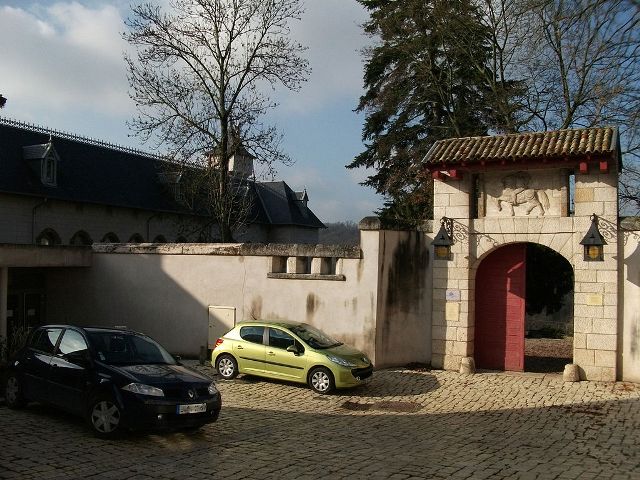 Location: Liverdun, in the Meurthe-et-Moselle departement of France (Lorraine Region).
Built: 19th century.
Condition: In good condition.
Ownership / Access: --
Notes: Château Corbin is a castle located in the upper-town of Liverdun in Meurthe-et-Moselle.Built in the nineteenth century between two towers of the ramparts, it was bought in 1889 by Antoine Corbin (1835-1901), the father of Eugene JB Corbin, one of the patrons of the School of Nancy, then by the family of Galilee in 1925 . The castle suffered a fire in 1904.The castle has a renaissance type of façade, and the park offers a remarkable view on the Moselle loop. The city of Liverdun has acquired in 1996 to turn it into a community center and a library, located in the tower.It was rehabilitated in 2005.