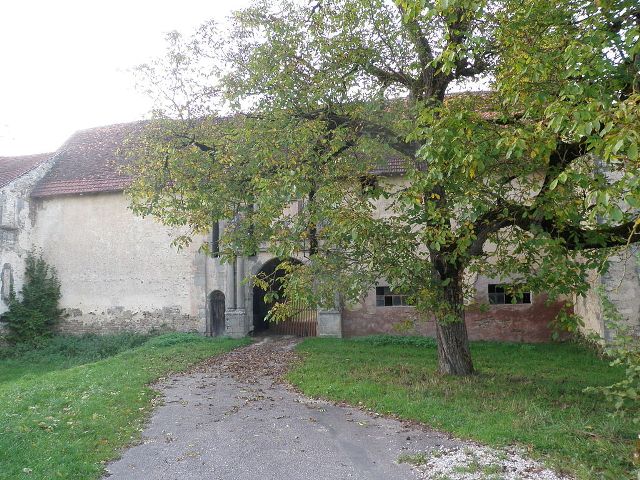 Location: Isches, in the Vosges departement of France (Lorraine Region).
Built: 16th-17th century.
Condition: Ruined.
Ownership / Access: Private property.
Notes: Château d'Harcourt is a castle in the town of Isches southwest of the Vosges department in Lorraine. Castle Harcourt is located below the village of Isches. It was called originally the castle down Isches. It is built in the sixteenth and seventeenth centuries by the family of Choiseul Aigremont. He was one of three forts of the town during the Thirty Years War with the castles of Choiseul and Chauvirey which have now disappeared. The Swedes save in 1636 because its owner at the time, Henri de Choiseul († 1649) is on the side of King Louis XIII of France. With the game of family alliances, the castle passed to the family of Haneffe in 1720 and then to the Harcourt family in 1740. It is this last family that gave the current name to the castle. Charles Hector Harcourt-Olonde (1743- † 1820) sells in 17792 Jean-François Duchat the Rurange, sword bailiff native of Verdun, which will be the last lord. Indeed, the French Revolution, it emigrates and the castle was sold as national property to a farming family in the village. The family will use the vast common of the castle to his farm for over 150 years. Some architectural damage occur at this time, but it will allow the castle to reach us until today. It is currently a private property that is not open to public; there been no registration or classification as historical monuments.