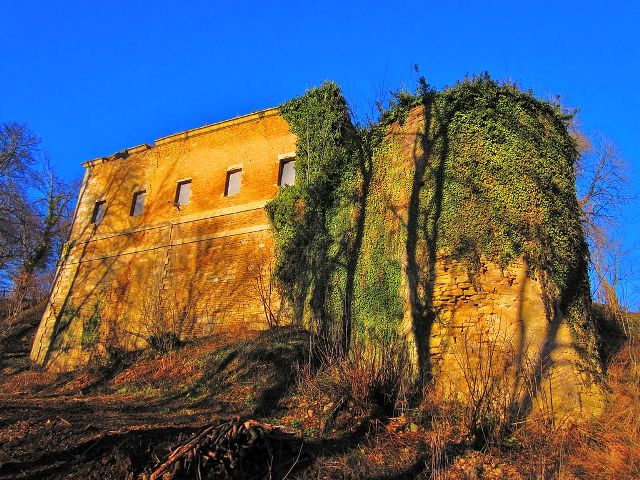 Location: Ottange, in the Moselle departement of France (Lorraine Region).
Built: First mentioned in 13th century.
Condition: In good condition.
Ownership / Access: Currently abandoned.
ISMH Reference Number: PA00106931
Notes: Château d'Ottange is a castle mentioned in the thirteenth century in Ottange, in the French department of Moselle.Partially destroyed in 1671 by François Marshal Créquy, the medieval castle was completely demolished in 1734 by Jean-Antoine Eltz and replaced by a magnificent building. In 1792, a fire destroyed the castle. Around 1810, Count Philippe-Antoine Hunolstein demolished what was left. The building is a historical monument from the first list in 1840. Restored in 1894, it is currently abandoned: there remains a large round tower, some terrace walls, curtain remnants, common and Chapel.