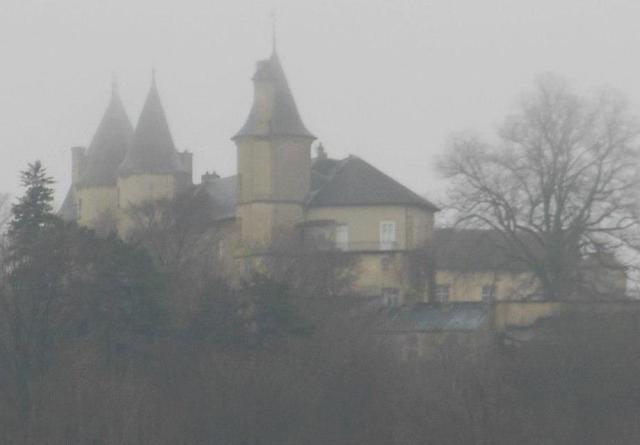 Location: Frebécourt, in the Vosges departement of France (Lorraine Region).
Built: 11th-16th century.
Condition: In good condition.
Ownership / Access: Privately owned.
ISMH Reference Number: PA00107169
Notes: Château de Bourlémont is a medieval castle in the municipality of Frebécourt west of Vosges. The castle retains its feudal appearance on the Eastern Front, with four round towers with roofs called "pepper shakers." There were more than a dozen in the fourteenth century. On the other side leans against the sixteenth-century main building; they surround a courtyard and south wing featuring a curved arched gallery. The interior of the building bears the mark of several eras; some rooms have retained their original ceiling; St. Vincent chapel houses the stately tombs. The building is without doubt the most beautiful castle in the Vosges department but did not visit; only the landscaped park, a creation of Paul Lavenne, Earl of Choulot (1794-1864), which was equipped by the house Orleans Guillot-Pelletier of the first greenhouses called "Dutch" of France, is sometimes accessible during the European Heritage days. The facades and roofs of all the buildings, St. Vincent and the chapel ceiling "to the French" the first floor lounge are registered in the Inventory of Historical Monuments by order of 15 June 1977.

How To Get To Château de Bourlémont (Map):