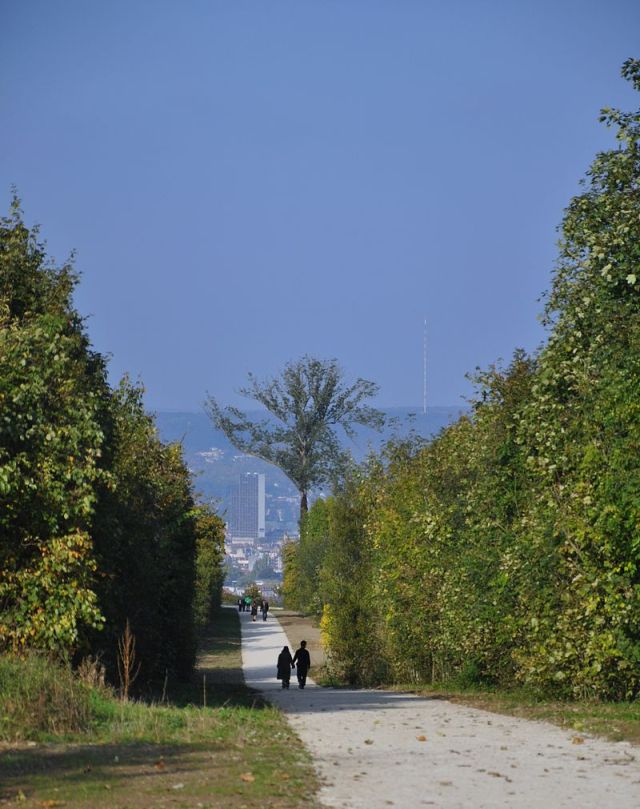 Location: Villers-les-Nancy, in the Meurthe-et-Moselle departement of France (Lorraine Region).
Built: 17th century.
Condition: Ruins.
Ownership / Access: --
Notes: Château de Brabois was a castle in the municipality of Villers-les-Nancy, built on a plateau overlooking the Greater Nancy. There remains now only two buildings and a large park.Brabois becomes a fief in 1536, which then consisted of houses, barns, and sheds. A pavilion was built in 1615, enlarged in the eighteenth century to become a vast castle with the same proportions as the Chateau of Luneville, with a spiral staircase, numerous apartments and a chapel. It belonged to Mr. Charles Francis Barbarat of Morizot, minister of Louis XVI. It was demolished shortly after the French Revolution, to be reused in construction materials. The remaining buildings were sold to the city of Nancy in 1921, the main being transformed awhile restaurant. Nowadays there remain only two original buildings, including a dovecote was restored in the 1990s is still a 60-hectare park with a view of the entire Greater Nancy.The park entrance is located in Vandoeuvre-les-Nancy, but the entire park is located in the municipality of Villers-les-Nancy.La southwest part of the castle park is home to a campsite. One of the outbuildings is used by an equestrian center, located behind the Hippodrome de Nancy-Brabois.

How To Get To Château de Brabois (Map):