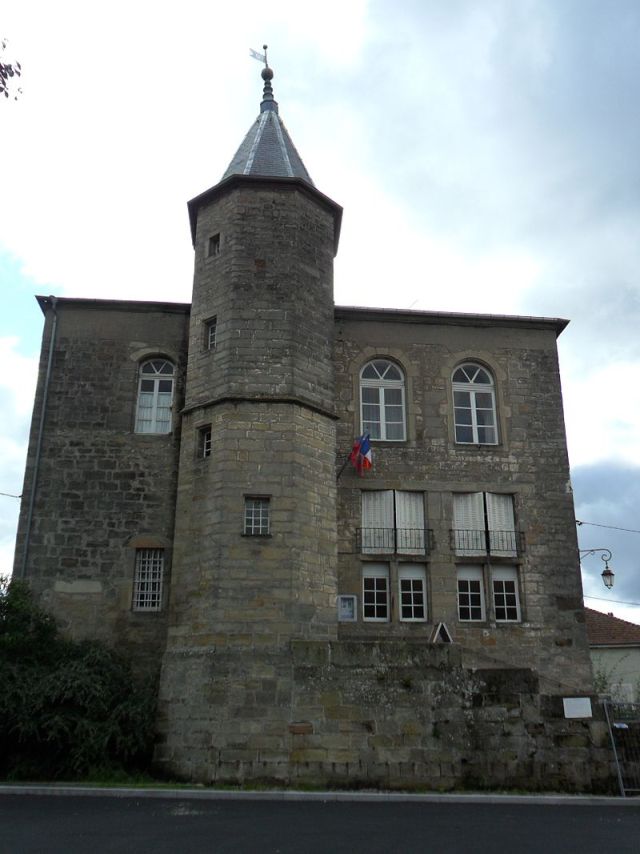 Location: Darney, in the Vosges departement of France (Lorraine Region).
Built: 17th-19th century.
Condition: In good condition.
Ownership / Access: --
Notes: Château de Darney is a castle of the town of Darney southwest of the Vosges department in Lorraine. It hosts the Czechoslovak Military Historical Museum. The original castle was built in the tenth century by the lords of Darney. Later, he serves as residence to the Dukes of Lorraine who build the city walls. They call the city "the city with thirty laps" and it became an important military site. The city was destroyed in the Middle Ages, dismantled in 1634, ravaged by the Franco-Swedish troops of Bernard of Saxe-Weimar during the Thirty Years War, and the castle was razed in 1639. In 1725, it is on the foundations of a ruined castle that the municipality of Darney decides to build a new building to house the new provost. the time of the architects were inspired plans of the old keep building a staircase in a turret stuck to the building. A large room audience is installed on the second floor, decorated with coats of arms of gentlemen glassmakers families from Bohemia to settle in the forest of Darney fourteenth with their industry secrets. The original castle, some vestiges remain on the lower floor. The castle serves as city hall the nineteenth and twentieth centuries. Currently, the town hall is located in the former convent of Recollects. Following the gathering of Czech and Slovak volunteers Darney during World War II, and after the official recognition of the Czechoslovak National Council in France in June 1918 at Darney also a Czech museum is created in the castle in 1938 by Mayor André Barbier. The building is a listed building December 28, 1984 (the castle and ramparts).