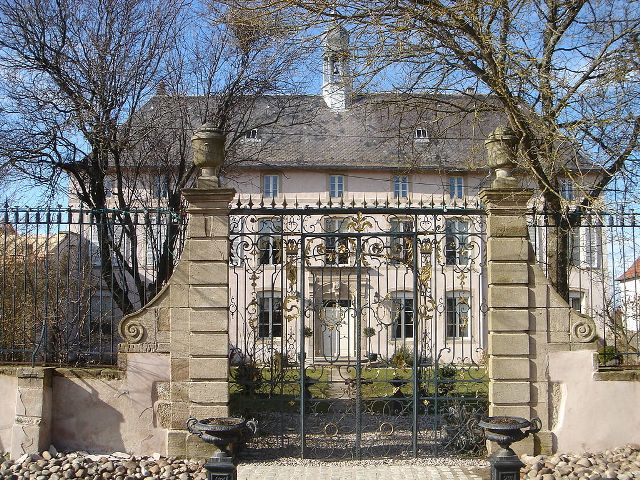 Location: Jeuxey, in the Vosges departement of France (Lorraine Region).
Built: 18th century.
Condition: In good condition.
Ownership / Access: --
Notes: Château de Failloux built in the eighteenth century is located in the municipality of Jeuxey in the Vosges. It is located just a few kilometers from the historic center of Epinal. Castle Failloux named after the village where it is located, Great Failloux. Etymologically, the term "Failloux" comes from the fact that wood that inhabit are leafy, uncommon in a region where conifers dominate. While lying administratively in the municipality of Jeuxey the Failloux site is well away from the village and is closer to the town of Epinal which it is separated only by a road. Castle Failloux has two lofts connected to each other by a series of spades and an ornamented grid signed by Jean Lamour workshops, directors grids Place Stanislas in Nancy.

How To Get To Château de Failloux (Map):