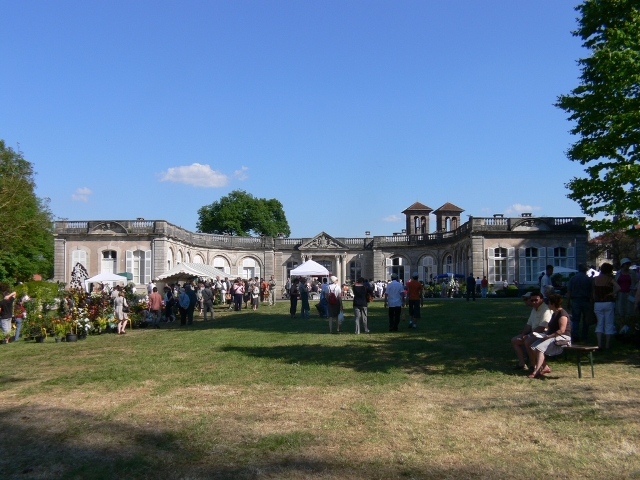 Location: Gerbéviller, in the Meurthe-et-Moselle departement of France (Lorraine Region).
Built: 17th century.
Condition: In good condition.
Ownership / Access: Private property.
ISMH Reference Number: PA00106039
Notes: Château de Gerbéviller is located in Alsace-Lorraine-Champagne-Ardenne. The area of the castle was the subject of several entries since 1945 different flags for the approval of the seventeenth to the nineteenth century until the culmination of an overall ranking of the domain as historical monuments since February 1996. Part of the Mortagne valley and the castle grounds are a natural site since 1999 and, since 2012, the castle was included in classified assets.The family of Lorraine there built a fortress that was later sold to Wise, the Tournielle, the Châtelet, the Lambertye who were of the Lorraine chivalry. The city was razed by the Duke of Burgundy Charles the Bold, but also by Louis XIII who razed ramparts, fortified gates and the castle. The present castle was built before 1750 by Germain Boffrand, it was partially destroyed during the bombardment of 24 August 1914 and no longer has a single level after restoration by Albert Laprade in 1920. The outstanding features and buildings of the Park have remained intact since the seventeenth century.

How To Get To Château de Gerbéviller (Map):