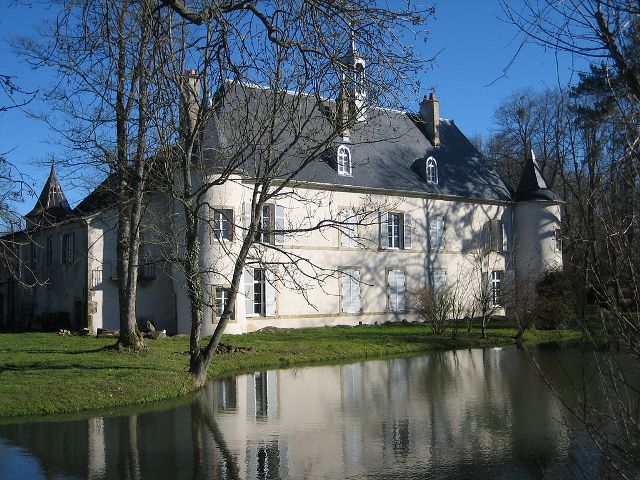 Location: Girecourt-sur-Durbion, in the Vosges departement of France (Lorraine Region).
Built: 16th-19th century.
Condition: In good condition.
Ownership / Access: Private property.
ISMH Reference Number: PA00132652
Notes:Château de Girecourt-sur-Durbion (Vosges) is a fortified noble residence of the sixteenth century. It is the subject of a registration as a historic monument since 23 February 1997. It was built in the 1540s by Pierre, Lord of Haraucourt, member of a family called Big Four Horses of Lorraine. It consists, according to a description from 1755, four large walls flanked by four towers in the corners, it is surrounded by a moat and was originally protected by an enclosure, itself flanked by towers, which has now disappeared. A park adjoins the building. During the Thirty Years War, it was the residence of Peter the door. It then passed to the family of the Marquis de Lenoncourt until 1705 This year, it is acquired by a lawyer in the service of Duke Leopold, Jean-François Humbert, who became Baron (1722) and Earl (1737) Girecourt. For the wedding of the daughter of one, Marguerite-Suzanne, the area is experiencing a new owner in the person of the Marquis of Pidancet, whose family own the domain until 1993. They will build in 1782 a column commemorating the taking fort St. Philip in Minorca by the Duke of Crillon, destroyed during the Revolution but whose ruins are still visible today. The castle boasts a complete restoration in 1994 under the direction of Dr. Thierry Courtalon. The work helped uncover the sixteenth century coffered ceilings, considered among the most beautiful in Lorraine. A transom window and a Gothic window of the chapel are being restored. In 2012, the association Old French houses recognized the quality of the restoration by the awarding of a prize of € 10,000.

How To Get To Château de Girecourt-sur-Durbion (Map):