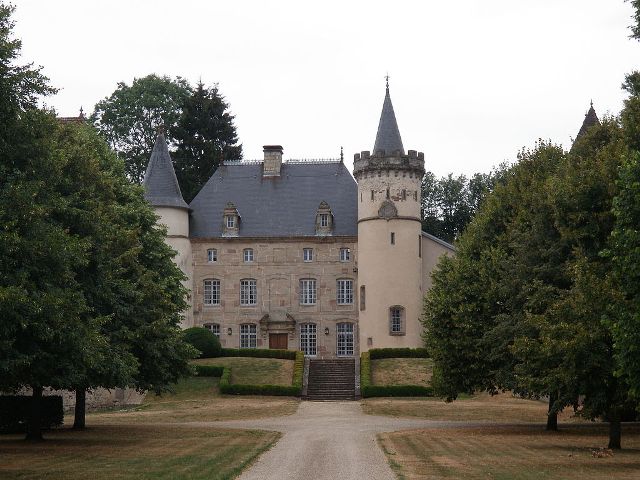 Location: Relanges, in the Vosges departement of France (Lorraine Region).
Built: 15th-18th century.
Condition: In good condition.
Ownership / Access: Privately owned.
ISMH Reference Number: PA00107251
Notes: Château de Lichecourt is a castle in the municipality of Relanges southwest of the Vosges department in Lorraine. This is a residence of gentlemen glassmakers who retains a stately pace. Several elements of the castle were listed as historical monuments 17 September 1973. This is the main facade, the southeast tower, the East tower excluding the top floor of the coronation, and the two pavilions which serves a chapel. The house of glass from Thysac glued south pavilion, was listed as historical monuments December 19, 1986.

How To Get To Château de Lichecourt (Map):