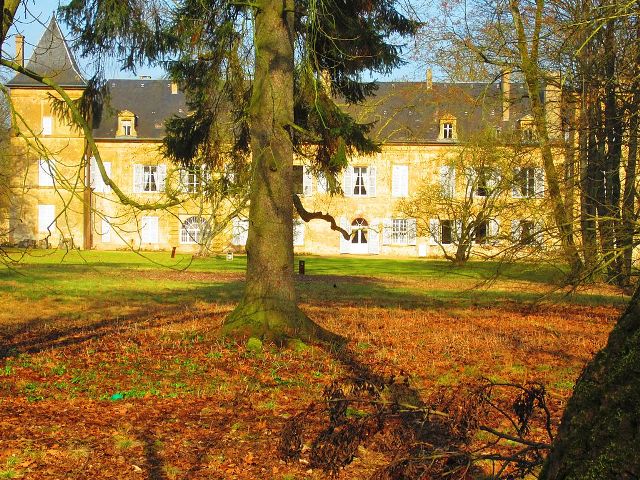 Location: Basse-Rentgen, in the Moselle departement of France (Lorraine Region).
Built: 1514 - 1862.
Condition: In good condition.
Ownership / Access: Privately owned.
ISMH Reference Number: PA00106731
Notes: Château de Preisch said Preisch Castle, is a castle from the early seventeenth century with surviving feudal elements, located in the town of Basse-Rentgen in the Moselle department.A first castle, feudal, was built in the area by Albert Preisch Caught in 1122. The bases of the four towers of the first enclosure and moat remain. Belongs successively to Preisch mentioned from 1122 to Ottange from 1443 to Gerard Gulch in 1500. This castle was destroyed in 1680. The castle was now the property of the Merode (after much controversy and marriages), having been owned by the family of Rodemack. The main building is the first quarter of the seventeenth century, built to Marguerite de Merode-Houffalize and Conrad Soetern whose monograms C O M also still adorn the building. Becomes the property successively Salles, in 1644, of Rahier in 1685, Salles again in 1753. François Lasalle is re-drill the windows of the castle between 1764 and 1789 and built the Sainte-Madeleine chapel. Pavilions at the Domain entry are from the first half of the nineteenth century, built for Jacques Milleret, and owner of the castle 1812 to 1832, which also created a landscaped garden around the castle. His daughter, in religion, Marie-Eugénie of Jesus, canonized in 2007, will spend his school holidays.