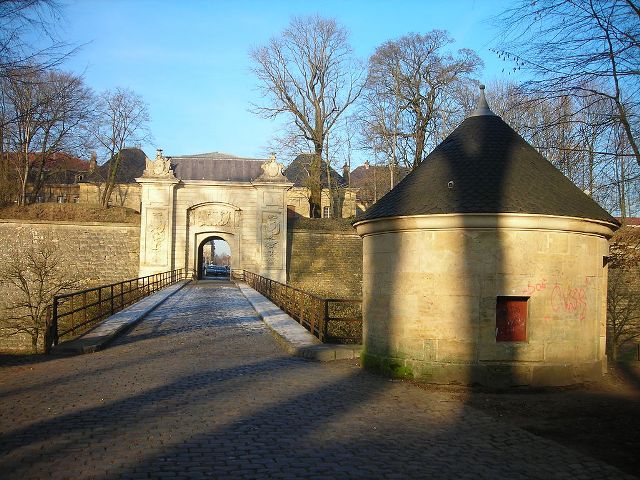 Location: Longwy, in the Meurthe-et-Moselle departement of France (Lorraine Region).
Built: 17th century.
Condition: Ruins.
Ownership / Access: --
Notes: The upper town of Longwy, is a French walled city, the historical heart of the city of Longwy Meurthe-et-Moselle. It was created between 1679-1684 by Sebastien Prestre Vauban is a World Heritage Site since July 7, 2008 as part of the Network of Major Vauban Sites. The fortress is built on a hexagonal plan, and contains a church, an arsenal, eleven quarters and five wells. Access was by two doors: the door of Burgundy (destroyed in 1914) and the door of France. The stronghold is ordered in quads organized around a large central square. Currently half of the enclosure and bastions as well as the door of France are perfectly preserved and most of the buildings built by Vauban are still visible: City Hall, the church, the barracks, the central well, bakery. The Museum of Longwy enamels is located in the former military bakery and traces the expertise of the Manufacture of Longwy.