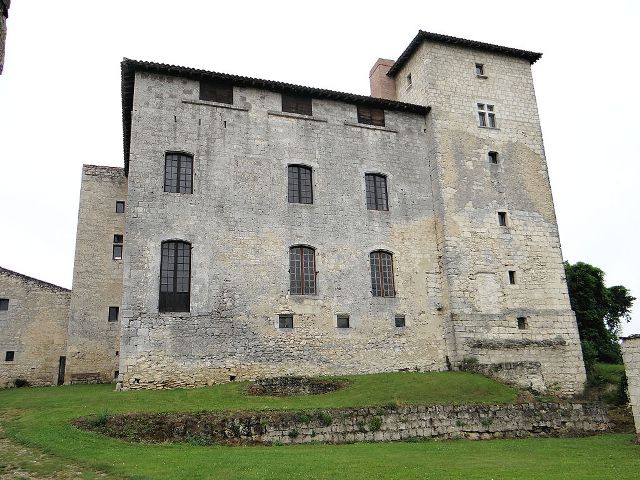 Location: Avezan, in the Gers departement of France (Midi-Pyrenees Region).
Built: 13th-18th century.
Condition: In good condition.
Ownership / Access: Owned by a private company.
ISMH Reference Number: PA00094722
Notes: Château d'Avezan built in the eighteenth century, the town of Avezan (Gers), near Saint-Clar, is a castle "type Gascon.The castle was built, probably in 1230, on the site of an older castle of which nothing remains. It was part of a fortified complex that included the village. Originally, this is a room that is the dungeon whose thick walls rest on a vaulted room. A second building is added then: the ground floor, traditionally, has no opening and is accessed by a castle high door and a removable staircase. The top floor is pierced mirandes connected by a walkway. Deadly are the only openings. In the seventeenth century, built the Western body and interior fittings are carried out, stairs, residential rooms. The amenities continue in the next century.The castle was a possession of the Viscounts of Lomagne. In 1285, he goes through donation of Otho, Viscount of Lomagne and Auvillar, in the hands of Sancho Garcia of Manas (or Raymond Without Manas). The Viscounts of Lomagne are placed on the English side in the incessant conflicts between them to the French, hoping to preserve their view vis-à-vis independence of French royal power. The castle was bought in 1651 by Alexander Larroquan who had built the west front, and it was his brother, Jacques de Larroquan, who takes possession. Field Marshal and arms of the king, he enjoys his confidence as that of Richelieu, and this is probably due to this that the castle Avezan is not dismantled like so many others at that time. In the eighteenth century, the castle passed successively into the hands of several families who lose interest and leave the abandoned. During the Revolution, it was bought by sharecroppers then abandoned. It was bought in 1972 by Patrice Cournot who undertook and completed the restoration.

How To Get To Château d'Avezan (Map):