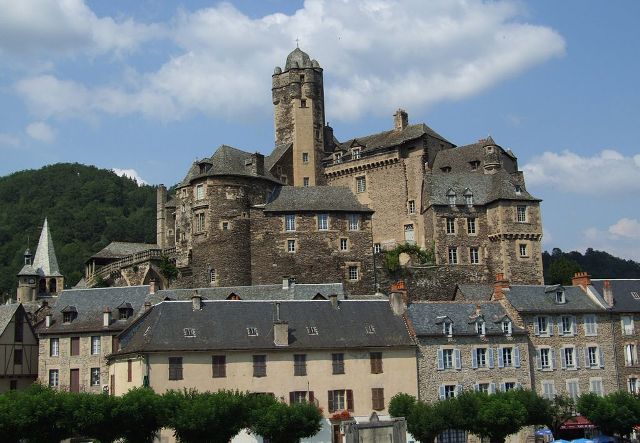 Location: Estaing, in the Aveyron departement of France (Midi-Pyrenees Region).
Built: 15th-16th century.
Condition: In good condition.
Ownership / Access: Owned by a private company.
ISMH Reference Number: PA00094021
Notes: The Château d'Estaing, is built at the confluence of the Lot and the Coussanne, on a promontory overlooking the village of Estaing in Aveyron. Former home of the d'Estaing family died out in 1794, it is attested before the twelfth century and was within the counts of Rouergue. It was purchased in 2005 by Valéry Giscard d'Estaing, his brother Olivier and Philippe cousin. The castle is a historical monument since 1945 and opened to visitors.

How To Get To Château d'Estaing (Map):