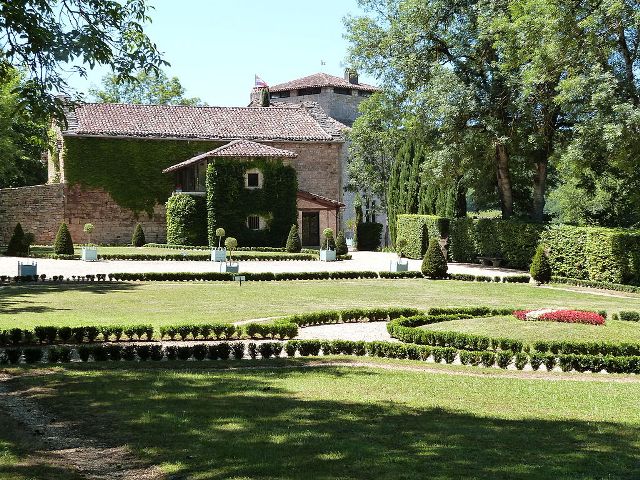 Location: Espinas, in the Tarn-et-Garonne departement of France (Midi-Pyrenees Region).
Built: 9th-17th century.
Condition: Partially ruined.
Ownership / Access: Privately owned.
Notes: Château de Cas is a castle located in the town of Espinas in the department of Tarn-et-Garonne. The castle, defensive square, was built in the ninth century on a site occupied by the Gallo-Romans. Became the site of a Templar Commandery in the thirteenth century, it was among the possessions of the Commandery of La Capelle-Livron during the hospital period. Revamped the fourteenth century and the seventeenth century. The garden is the eighteenth century. Claude-Marie, comte de Lastic Saint-Jal, adjutant of the Duke of Aiguillon, cavalry brigadier and the governor of Carcassonne, fixed it during the eighteenth century. Heavily damaged during the Revolution, it was restored in the late nineteenth century, and again damaged during the Second World War, it is restored in the 1980s. The monument is the subject of a registration as a historic monument since October 11, 1984.

How To Get To Château de Cas (Map):