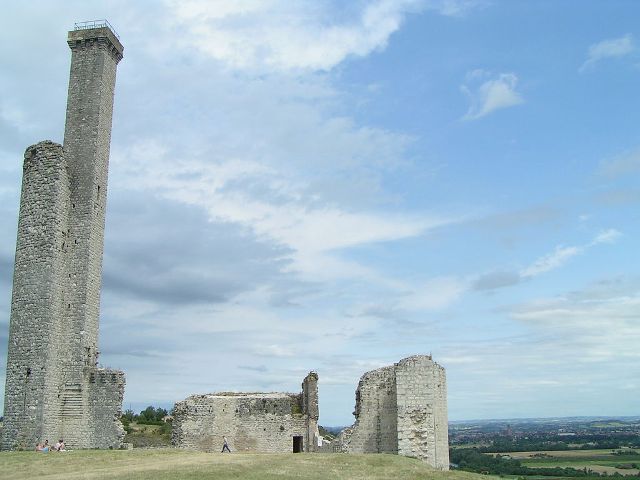 Location: Castelnau-de-Lévis, in the Tarn departement of France (Midi-Pyrenees Region).
Built: 13th century.
Condition: Ruins.
Ownership / Access: Privately owned.
ISMH Reference Number: PA00095499
Notes: Château de Castelnau-de-Lévis is a castle of the thirteenth century whose remains stand in the municipality of Castelnau-de-Lévis, in the Tarn department and the Languedoc-Roussillon region Midi-Pyrénées. The castle is the subject of a classification as historical monuments by order of 22 November 1909. The castle of Castelnau-de-Lévis was built in 1235 by Sicard Alaman powerful vassal of Count Raymond VII of Toulouse; it represented a bastion of Toulouse possessions (north of the river Tarn) against the monarchy (southern Tarn). Built on a rock named "Bonnafous puy of" the castle was long called Castelnau-de-Bonnafous, before the family of Levis will inherit and gives it its name. A village was built at the foot of the walls at the same time. Of the castle, there remain only a few ruins of which a watchtower overlooking the Tarn Valley and the town of Albi. It owes its sorry state to its role career in the nineteenth and twentieth centuries. Partial restoration since the early 1980s allows to locate the walls of the upper enclosure. The bass speaker, remains only a fortified gate. The tower, 35 meters high, consists of a semicircular tower which is backed by a square tower. It has three floors vaulted. Each of them shows traces of a missing floor which doubled the number of floors. Castle adopts a triangular plane of the topographical configuration.

How To Get To Château de Castelnau-de-Lévis (Map):