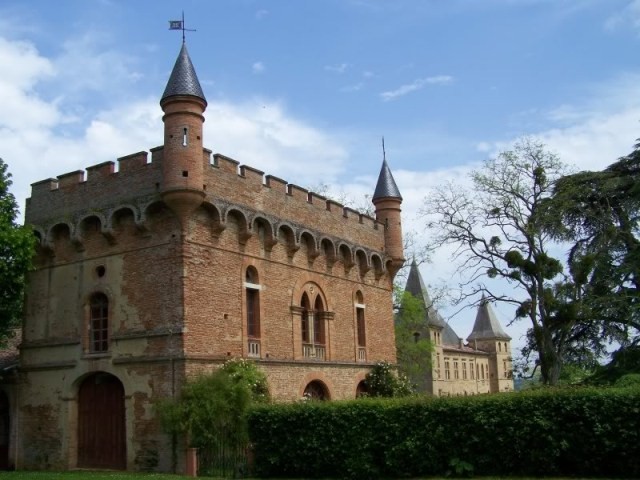 Location: Cazaux-Savès, in the Gers departement of France (Midi-Pyrenees Region).
Built: 16th-19th century.
Condition: In good condition.
Ownership / Access: Privately owned.
ISMH Reference Number: PA00094766
Notes: Château de Caumont is a monument of French Renaissance located in the municipality of Cazaux-Savès in the department of Gers, France. This building is classified as historical monuments.His website and its silhouette has earned him the nicknames "Loire chateau in Toulouse Gascogne" and "castle of Sleeping Beauty in Sava edge".The castle is composed of two bodies. At the entrance, the oldest part, more typically medieval architecture, dates from the fifteenth century. It is what remains of the original fort. The square building it protects, later, is Renaissance. His impressive volume of red brick and slate roofs emerging high on the height of a lush grove well justify these nicknames. It is surrounded by a 50-hectare park.

How To Get To Château de Caumont (Map):