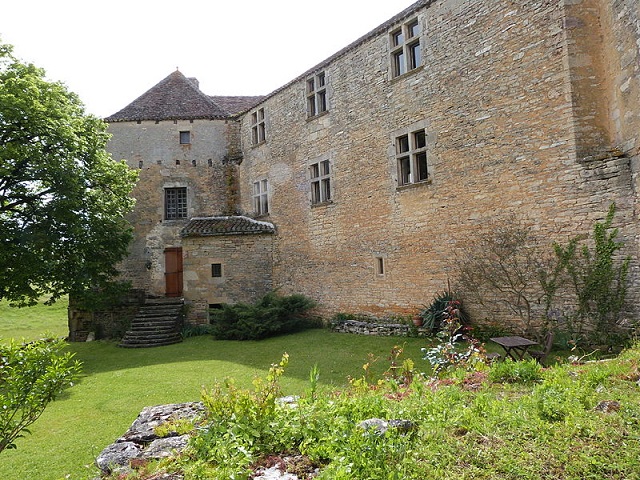 Location: Beauregard, in the Meurthe-et-Moselle departement of France (Lorraine Region).
Built: 13th century.
Condition: --.
Ownership / Access: --.
Notes: The castle of Labastide or Marsa is located in the commune of Beauregard, in the department of Lot.The family of Marsa is a family of knights of the châtellenie of Caylus. It appears at the beginning of the thirteenth century in the cartulary of the Templars of Lacapelle-Livron. In 1267, the Templars accused the lord of Marsa of unduly collecting the tithes due to the Order. Alphonse de Poitiers received the complaint from the Order and the Marsa, modest knights, had to bow. The square tower that flanks the castle to the northeast can date from this time. It is located near the bastide of Beauregard. In the fourteenth century, members of the squire family were found at the Pontifical Court in Avignon. Jean de Marsa occupies the castle after the Hundred Years War. The ravages caused by the population compelled him to bring new laborers to populate these lands. He acclaimed them around 1460. In 1504, of a count of the ban and the back-ban, Pierre de Marsa makes the list of his possessions but it dwells in his stronghold of Saillac. In the seventeenth century, the castle belonged to Emmanuel de Lagardelle, a relative of the family. The children of one of his descendants had as tutor Guillaume Lacoste, historian, author of a General History of Quercy. In 1786 Jean de Saint-Martin became the owner of the castle. The younger branch of the family of Marsa de Saillac died out in the eighteenth century. The castle was registered as a historic monument on July 27, 1979.The castle is composed of two square buildings linked by a rectangular building dating from the seventeenth century. This building rests on a low room vaulted in cradle. The square tower which flanks the building to the north is dated from the thirteenth century. The main building in the south-east bears traces of machicolations dating from the fifteenth century. All windows are mullioned. The galleries of the central building are illuminated on each side by three windows. They retain traces of wall paintings and a French ceiling. The floors are served by a spiral staircase.