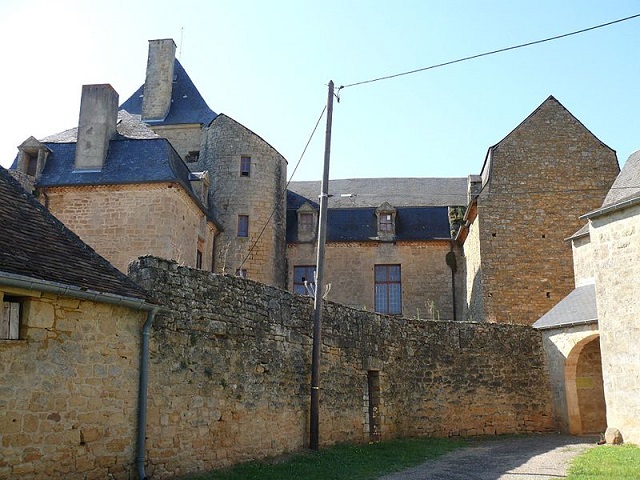 Location: Masclat, in the Meurthe-et-Moselle departement of France (Lorraine Region).
Built: 17th century.
Condition: --.
Ownership / Access: --.
Notes: The castle of Masclat is a castle located in Masclat, France.The Vicomte de Carlux, which included 19 parishes, including Masclat, the hamlet of Mareuil (in the commune of Le Roc), Saint-Julien-de-Lampon and Sainte-Mondane on the left bank of the Dordogne. The viscounts of Turenne became the lords of the Viscount of Carlux in 1251. The parish of Masclat is quoted in 1309 in an act of the bishop of Cahors Raymond de Pauchel as possession of the chapter of the Church Notre-Dame-de-l 'Assumption of the Vigan. The seigniory belonged to the Cardaillacs in the thirteenth century who had to build the tower of the central part of the main building, perhaps the main building and the second tower that were added to the northeast. The seigniory was then married to Themines, then to Ithier (or Ichier) of Concorès. It was occupied by the English from 1355 to 1362. In 1370, Bertrande, daughter of Ithier of Concorès, lord of Masclat, married Pierre de Masclat. When she became a widow, she remarried with Hugh de Lopdat. She made her will in 1397 by bequeathing to her husband Masclat and the borie of Pech Rigal to St. Clair. Jacques de Pons, dissatisfied with the increase of the powers of King Charles VII, participated in the pragmatism of the great lords with the Dauphin, future Louis XI, in 1440. The praguerie is crushed by the king's armies. In 1444, the viscount of Carlux was given by the king to Pierre de Brézé, seneschal of Normandy. Jacques de Pons was condemned to exile by the parliament of Paris. On the death of his father, in 1461, Louis XI pardoned Jacques de Pons and restored to him all his possessions.

How To Get To Château de Masclat (Map):