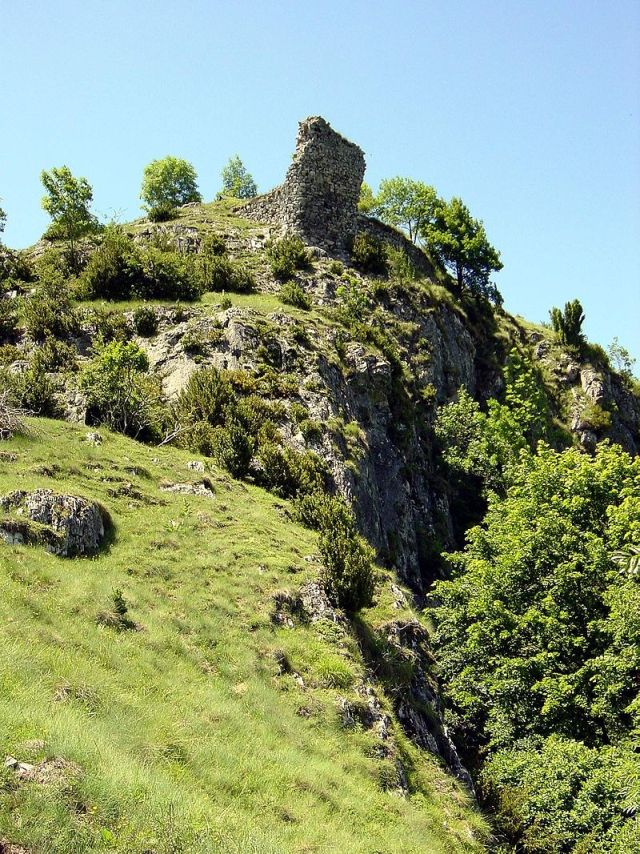 Location: Auzat, in the Ariège departement of France (Midi-Pyrenees Region).
Built: 12th century.
Condition: Ruins.
Ownership / Access: --
Notes: Château de Montréal-de-Sos located above the hamlet of Olbier on the French town of Auzat, Ariege. The Count's castle was one of the most important castles of the counts of Foix in the Middle Ages. Built at the end of the twelfth century, it was kept until the beginning of the fifteenth century, when it was deliberately leveled by the counts of Foix. May 2011 It is now in ruins. You can still see the remains of a large enclosure with two towers and an aristocratic neighborhood. The latter gathered around a keep built on a mound, is fairly commonplace in Haute-Ariege. Montreal de Sos been since 2000 a program of archaeological excavations.The castle of Montreal de Sos was built in the late twelfth century when the count's authority is clearly imposed on the upper valley. Adjustments were made at the beginning of the thirteenth century and the middle of the fourteenth century. He then served in particular to the count's domination of the dominant iron market Vicdessos and activities around the large rancid mine in Sem. In the early fifteenth century, thanks to restructuring castles County and fear that enemies could seize it, the counts of Foix disarmed by leveling. Caves surround the summit and include famous paintings in which some see a representation of the Grail, others the fun of a shepherd. The archaeological excavation has shown that the site was occupied at least since the Middle Bronze Age and it concealed a La Tène oppidum.