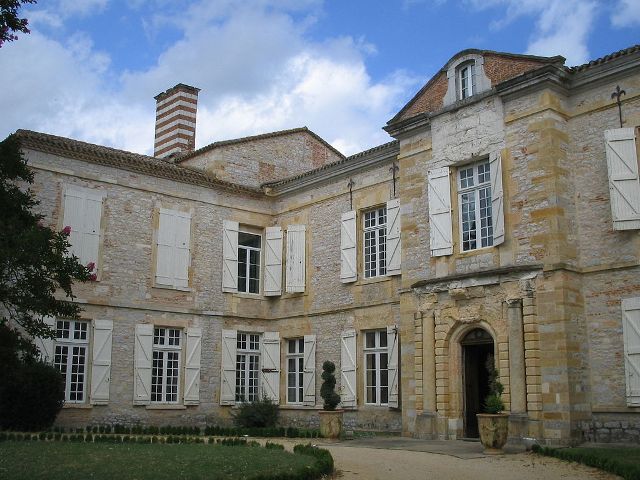 Location: Montricoux, in the Tarn-et-Garonne departement of France (Midi-Pyrenees Region).
Built: 12th-18th century.
Condition: Ruined.
Ownership / Access: Privately owned.
Notes: Château de Montricoux is located at the entrance of the Aveyron gorges and between Nègrepelisse Bruniquel and the old road (National Highway 658 and State Road 664) between Caussade and Saint-Antonin-Noble-Val in the municipality of Montricoux in the department of Tarn-et-Garonne. This private historic home is a tranquil break and history. This castle is centuries old. Former Templar Commandery of the twelfth century. May 14, 1181 my monks of Saint-Antonin give the Commandery of Montricoux to the Knights. In 1312, Philip the Fair sends the Commandery hospital of St. John of Jerusalem. In 1332 the manor became the property of the family of Caraman for 3 centuries. In 1568, the Calvinists Montalbanais storm the castle, the looting and burned during the war of religions. In 1616, the lordship and land are sold to Maximilian de Bethune: The Duke of Sully criminalizes County. In 1653, the ladies of Mary and Anne Maurez buy the castle. In 1689, the county Montricaux place in the family of Malartic. In 1724, Pierre Hippolyte of Malartic inherited the castle given by Mademoiselle Angelique Malartic which retains enjoyment. In 1730, Count of Malartic lives in the castle, rebuilt the new eighteenth part by incorporating the old tower. In 1927 (7 November), the keep is registered as historical monuments. The castle houses the Marcel-Lenoir Museum (1872-1931), private institution that retains 130 drawings, pastels, watercolors, oils and paintings of this artist. The collector Claude Namy, founding president of Marcel Lenoir Museum, bought her first wash in 1969, many others followed.

How To Get To Château de Montricoux (Map):