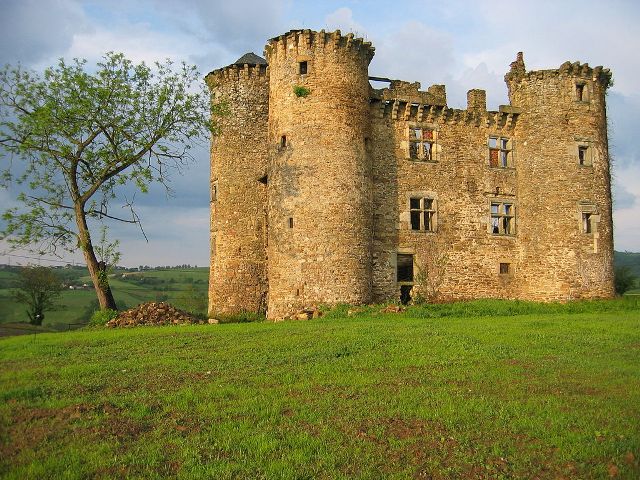 Location: Flagnac, in the Aveyron departement of France (Midi-Pyrenees Region).
Built: 15th century.
Condition: In good condition.
Ownership / Access: Privately owned.
ISMH Reference Number: PA00094026
Notes: Château de Pagax is located in the former province of Rouergue and the limit of Quercy nearby. It dominates the Lot valley in the hills of the village of Flagnac in Aveyron. After this time, we do not know much about the inhabitants of the castle until early twentieth century, when it was owned by the family Solanet. He then went into the family Campargue 1925 after an auction. It is now owned by the family Dessalles who undertook renovations in 2005, the year of acquisition.