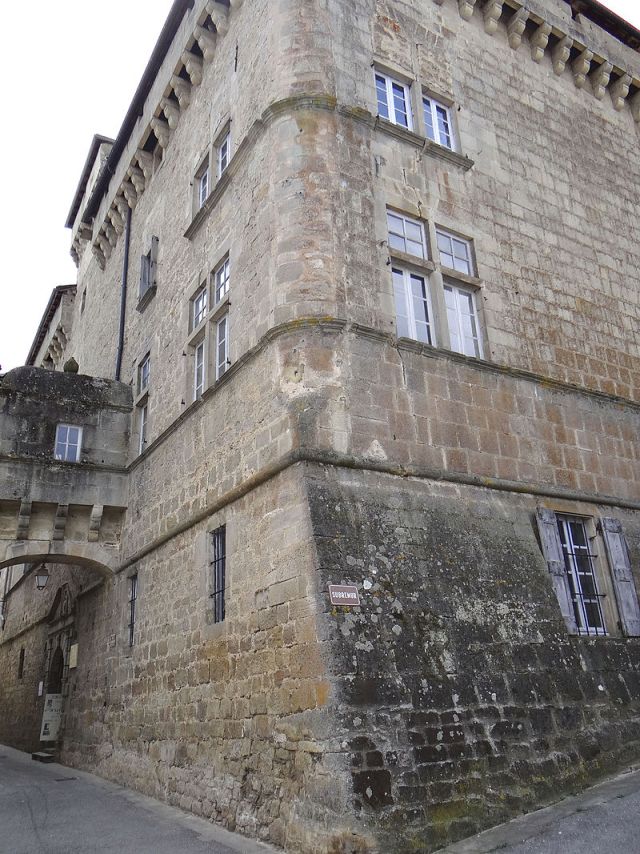 Location: Saint-Beauzély, in the Aveyron departement of France (Midi-Pyrenees Region).
Built: 12th - 16th century.
Condition: In good condition.
Ownership / Access: Owned by the municipality.
ISMH Reference Number: PA12000013
Notes: Château de Saint-Beauzély is a castle dating back to the twelfth century refurbished in the late sixteenth century, located in the town eponymous Saint-Beauzély in the interior Aveyron.Le the department is subject to registration as historical monuments since 6 March 1998. Mentioned in the nineteenth century, it underwent a major redevelopment in the late sixteenth century.In its current state, it includes two wings of buildings with walls and covered machicolated shale slates. A square tower emerges at the center of the main façade without overflowing. Two beautiful doors to the south and is topped by triangular pediments give access to the interior of the building. The door of the Madeleine was seconded to the fortress gateway office of the city and allowed topped by a transition from a watchtower to access ramparts. A large central staircase leads to a ground floor with vaulted rooms and three floors of the building. The whole is lit by mullioned windows.