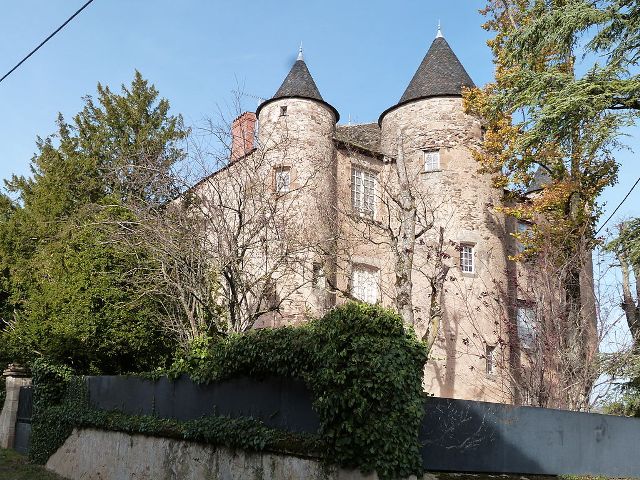 Location: Trévien, in the Tarn departement of France (Midi-Pyrenees Region).
Built: 15th-18th century.
Condition: In good condition.
Ownership / Access: Privately owned.
ISMH Reference Number: PA00095651
Notes: Château de Trévien is a fortified building, located in the municipality of Trévien in France and listed building since 25 January 1980. In 1440, Gabriel Monestiés is lord of the barony of Trévien, vassal of the bishops of Albi. The castle dates from the fifteenth and sixteenth century built by the Castelpers family of a married Yolande of Monestiés. Interior rearrangements occurred in the eighteenth century, without changing the appearance. At that time, the barony apppartient the Chastanet family Puységur. The castle is built in stone and the roofs are covered with ardoise3. The castle is in the form of a quadrilateral with tower at each corner. It is built on three floors with a spiral staircase included in the great tower that protrudes from the side. His door is decorated with a coat of arms. The openings of several epochs demonstrate the existence of successive amendments. It remains on the eastern wall some Gothic windows. Inside, there are styles of Louis XV and Louis XVI fireplaces, painted ceilings. The vaults are stone. An old basket-handle arch throne fireplace in the kitchen.