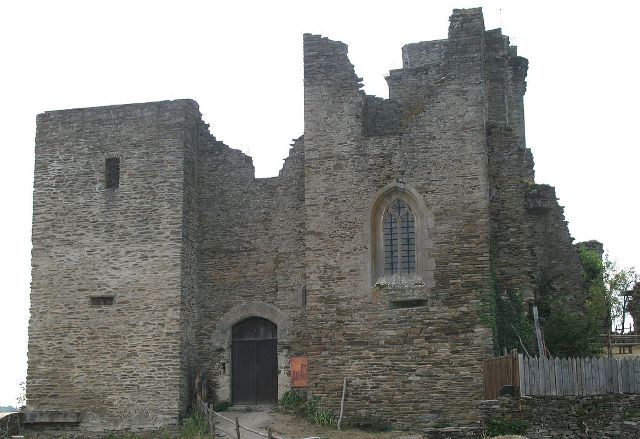 Location: Lacroix-Barrez, in the Aveyron departement of France (Midi-Pyrenees Region).
Built: 14th century.
Condition: Ruins.
Ownership / Access: Privately owned.
ISMH Reference Number: PA00094039
Notes: Château de Valon is a castle located in the town of Lacroix-Barrez, in the French department of Aveyron.The castle, built in rubble except the dungeon, including a forecourt fully closed by residential buildings that lined a courtyard beneath which is a solid wall that forms shirt to keep. A second door led from the corridor with a passage. We had to work around the dungeon to find the entrance. The dungeon was a watchtower at each corner and a lofty hall surrounded by battlements.

How To Get To Château de Valon (Map):