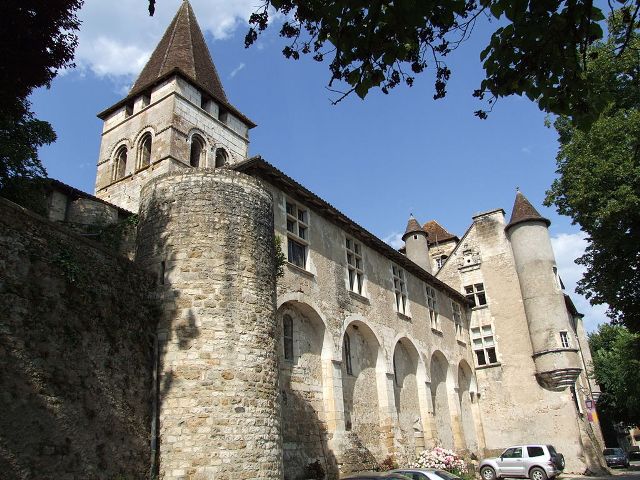 Location: Carennac, in the Lot departement of France (Midi-Pyrenees Region).
Built: 1550.
Condition: In good condition.
Ownership / Access: --
Notes: Château des Doyens is located in the village of Carennac in the Lot. Dean Alain de Ferrières (1529-1554) built the castle of the deans and the chapels of the north aisle. The decor of the ceiling of the grand salon was executed at the request of François Salignac de la Mothe-Fenelon, bishop of Sarlat, Dean Carennac 1630 to 1681. It is represented in the painted portrait on the mantelpiece. The painting of the Blessed Sacrament may date from the eighteenth century. The castle was listed as historical monuments, but ranked games, 22 October 1929, the facades and roofs with gallery surmounting the north aisle of the church, the fortified gate to the west, the fortified wall with its corner tower to the east and the painted ceiling of the living room were classified February 2, 1938.

How To Get To Château des Doyens (Map):