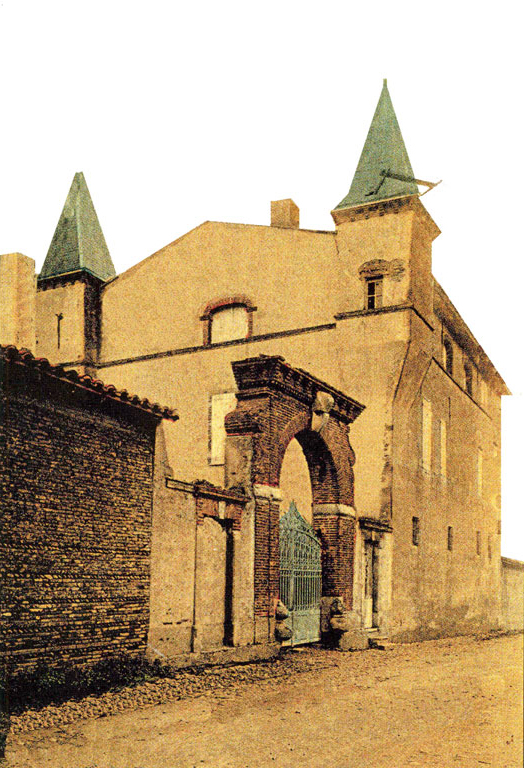 Location: Colomiers, in the Haute-Garonne departement of France (Midi-Pyrenees Region).
Built: Early 15th century.
Condition: Ruins.
Ownership / Access: --
Notes: Château des Raspaud is a castle located in Colomiers in the Haute-Garonne, which was built in the early fifteenth century. After being virtually demolished during the quarrel of Armagnac and Burgundians, it was rebuilt in 1530 by three brothers Raspaud, Bertrand, Jean and Bernard. The castle is inhabited by the Raspaud family until the end of the seventeenth century; in the eighteenth century, then pass into the hands of families and Sède Vignes. The castle was demolished in 1963 and it remains today as the entrance gate built in the seventeenth century.