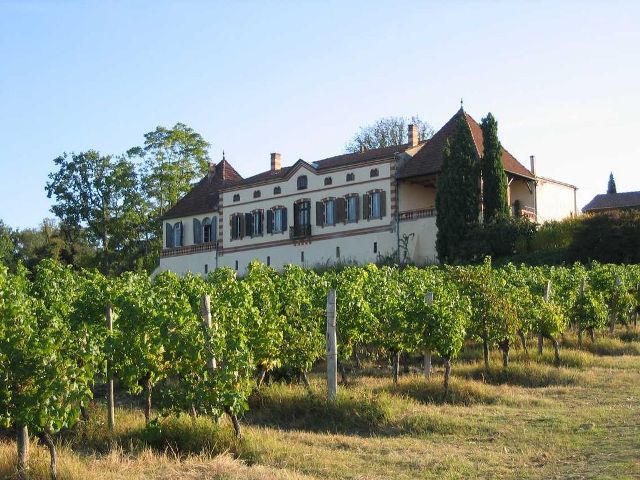 Location: Florentin, in the Tarn departement of France (Midi-Pyrenees Region).
Built: 19th century.
Condition: In good condition.
Ownership / Access: Private property.
Notes: Château Labastidié is a vineyard, which belongs since 1990 to the Board butler of France, a bacchanalian confraternity whose mission is the promotion and defense of the French Appellations of Origin, both in France and abroad . Its headquarters is located at the Museum of Wine in Paris.The castle and its former winery and its first cellars were built in the mid-nineteenth century. Many of the trees in its park today centenaires.Le large living room and lounge Braucol ... Fill in the castle Labastidié exposed one of the latest presses this parrot in France as reflected in the inventory of the regional Business cultural Burgundy from December 2004. the parrot press was used from the late sixteenth to the late nineteenth century about. This rare wine machine is a monumental piece that belongs to the collection of the Wine Museum in Paris / Council cupbearer France.