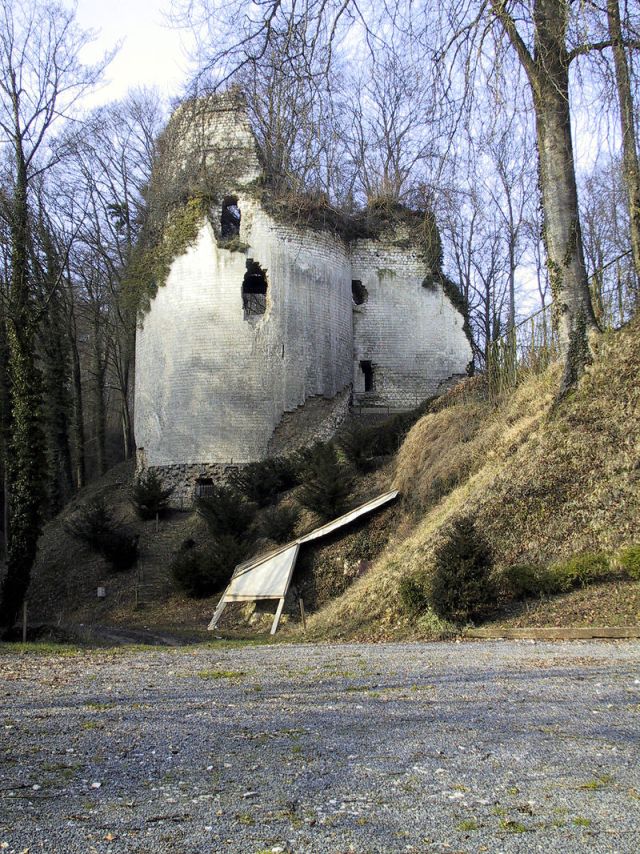 Location: Fressin, in the Pas-de-Calais departement of France (Nord-Pas-de-Calais Region).
Built: 15th century.
Condition: Ruins.
Ownership / Access: Owned by the municipality.
ISMH Reference Number: PA62000001
Notes: Château de Fressin is an ancient castle, high in the early fifteenth century by Jean de Créquy which there remains only the ruins that stand in the town of Fressin in the department of Pas-de-Calais region Nord-Pas-de-Calais and Picardy. The ruins, soil and subsoil, are the subject of a registration as historical monuments by order of 8 August 1996.Fressin Castle was built in the late Middle Ages by Jean de Créquy, counselor and chamberlain of Philip the Good, who had made one of the first Knights of the Order of the Golden Fleece. The castle shows the military architecture of the fifteenth century. It was dismantled in the seventeenth century under Louis XIV. The castle is open to visitors during the summer, an exhibition room evokes construction techniques and everyday life at that time. Underground can also be visited.Fressin Castle was a fortress with defensive bastions adapted for artillery.