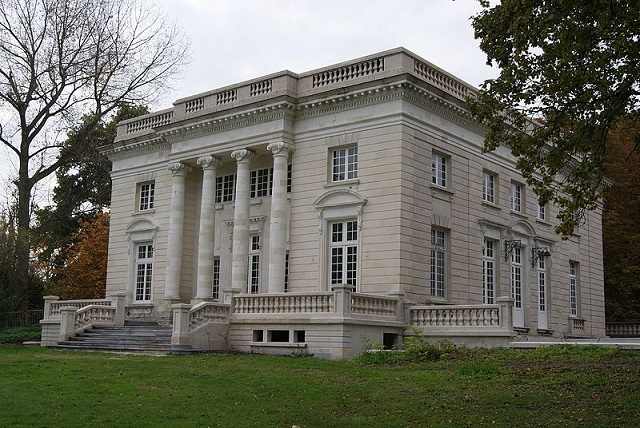 Location: Cysoing, in the Aveyron departement of France (Midi-Pyrenees Region).
Built: 18th century.
Condition: In good condition.
Ownership / Access: --.
Notes: The castle of Cysoing, also called the abbey's castle (abbey today destroyed), is a listed monument since October 9, 2008. It is accompanied by a garden, called garden see park of the castle or garden of the Abbey, which is identified by the general inventory of cultural heritage.Founded on the site of the ancient abbey of Cysoing, a monastery founded by Saint Evrad, the edifice appeared at the beginning of the nineteenth century. It was around 1800 that a lawyer from Lille, Philippe Joseph Riquet, undertook to construct in the axis of the two ponds of the abbatial clos, then sold as a national property, "a very pretty castle" Inspiring the Petit Trianon. In 1907, Léonce Hainez, architect of the Sébastopol theater in Lille, was charged with modernizing the pavilion, giving it its present appearance. Today, the building has been listed as a historic monument since 2008.